Home » Washington, DC News » Column: Could this be…

Column: Could this be the best sledding hill in D.C.?

Editor’s Note: We are not encouraging our readers to emulate the actions of a teen-aged Mike McMearty.

WASHINGTON — When you’re 17, you’re invincible — at least in your mind.

In 1979, I was the perfect mixture of perceived invincibility and real ignorance. That was the year the D.C. area got socked by a surprise Presidents Day snowstorm and the first of many years I would spend risking my neck on the dangerous hill of Battery Kemble Park.

This was no ordinary hill. It was not for kids. It was not for sleds without steering. Every run had numerous built-in risks: moguls, a tree in the middle of the hill and a dangerous jump at the bottom. It was not safe.

Don’t get me wrong. There was a kid’s hill over to the left. You had to go halfway down the hill to get where the kids would sled with their parents watching carefully. It was safe.

For me and my pals it wasn’t enough to tackle this formidable hill in the daylight; we chose to make our high-speed runs by moonlight.

Allow me to explain what a full Battery Kemble run was like back then. At the top of the hill, a huge fire burned. Among its embers, the burned wooden remnants of all the Flexible Flyers whose runners buckled from the impact of Battery Kemble’s moguls.

I will not lie. Even at that young age, there were some among us who sought courage from the bottle.

I should mention one more thing. Because of the heavy snowfall, a slight thaw and then a hard freeze, the hill was pure ICE!

The idea was to get a running start (about 15 yards) and then leap into the air so that you had maximum speed when your runners first made contact with the ice.

The first part of the hill was all moguls. The descent was steep and there were about eight moguls. This made for a bone-jarring, bouncy first 50 yards.

After that, if your sled was still intact, you could enjoy a couple seconds of serenity as the hill flattened for 20 yards or so. Watch out for the large tree in the middle! Then came the real drop.

The next 150 yards were all steep downhill. I don’t know how fast we were going at this point, but I do know that wiping out would have hurt — a lot.

As you approached the bottom of the hill you had two choices.

Avoid a makeshift “jump” and safely proceed for about a quarter of a mile deep into the park on a path wide enough for only one sled. It was like the glide to a halt after a roller-coaster ride and was peaceful chance to catch one’s breath. It was also fun to see who could go the farthest without any additional effort.

The more dangerous option was to go over the “jump.”  Hit the jump just right and you would catch some serious air. This option also required steering hard while in the air, so that when you hit the ground (usually pretty hard) you could steer toward the park trail. Failure meant finding yourself crashing into a tangle of gnarly branches and eventually sliding down into the frozen creek. Success meant the same peaceful ride down the park trail.

The walk back up the hill was an epic journey. The hill was pure ice, which meant tenuous footing and using your sled as a pick-axe of sorts. You also had to dodge the other daredevils coming downhill. After 20 minutes or so of trekking back uphill, it was time to share all the details of your ride with anyone in earshot willing to listen. Then a few swills of liquid courage and another run.

Just to make things a little more dangerous, sometimes we would have four or five of us racing! Anything goes … including grabbing someone else’s sled and throwing them off course. What were we thinking?!

One time I went off course and plowed full speed into a three-foot wall of snow that I could not see in the moonlight. The sled wedged into the drift. My head hit the wall and my momentum caused me to do a flip high into the air. I could have broken my neck. I might have had a concussion. I landed light as a feather in heavy snow flat on my back … safe.

Flash forward 25 years. I’m in my 40s and we’re going to revisit the hill of my youth after a heavy snowstorm — this time professionally, on the clock, with no booze for bravery. I’m enlisting WTOP reporter Brennan Haselton to do a story on what I consider the ultimate sledding hill in the D.C. area.

The recorded story was fine. It was fun. But the headline for me was my one ride down the hill.

This was my chance to relive my youth. I still had the same Flexy Flyer from my teenage years (they don’t build them today like they used to).

The difference? This time it was daylight. I did not get a running start and I did not get airborne. The awful truth is that the 40-something me dragged his boots almost the whole way down in an effort to slow down the ride. When I got off the sled, the toes of both my boots were worn thin and I came to a sobering realization: I no longer thought myself invincible, but I did think myself smarter.

Flash forward again to the present day. I still have the sled. The boots I had to throw away. As I stare at the window at the snowfall from our recent storm, I realize either Battery Kemble has become a spectator sport for me or I need to buy some new boots before my next ride … and some booze.

This hill ain’t for the light of heart. But for you thrill-seekers and sledding connoisseurs out there, it’s definitely worth the trip to Northwest D.C. So, if you get the chance before this snow melts, try it out. And then, let me know: Did you decide to drag your boots or pick those feet up and go on the ride of your life? 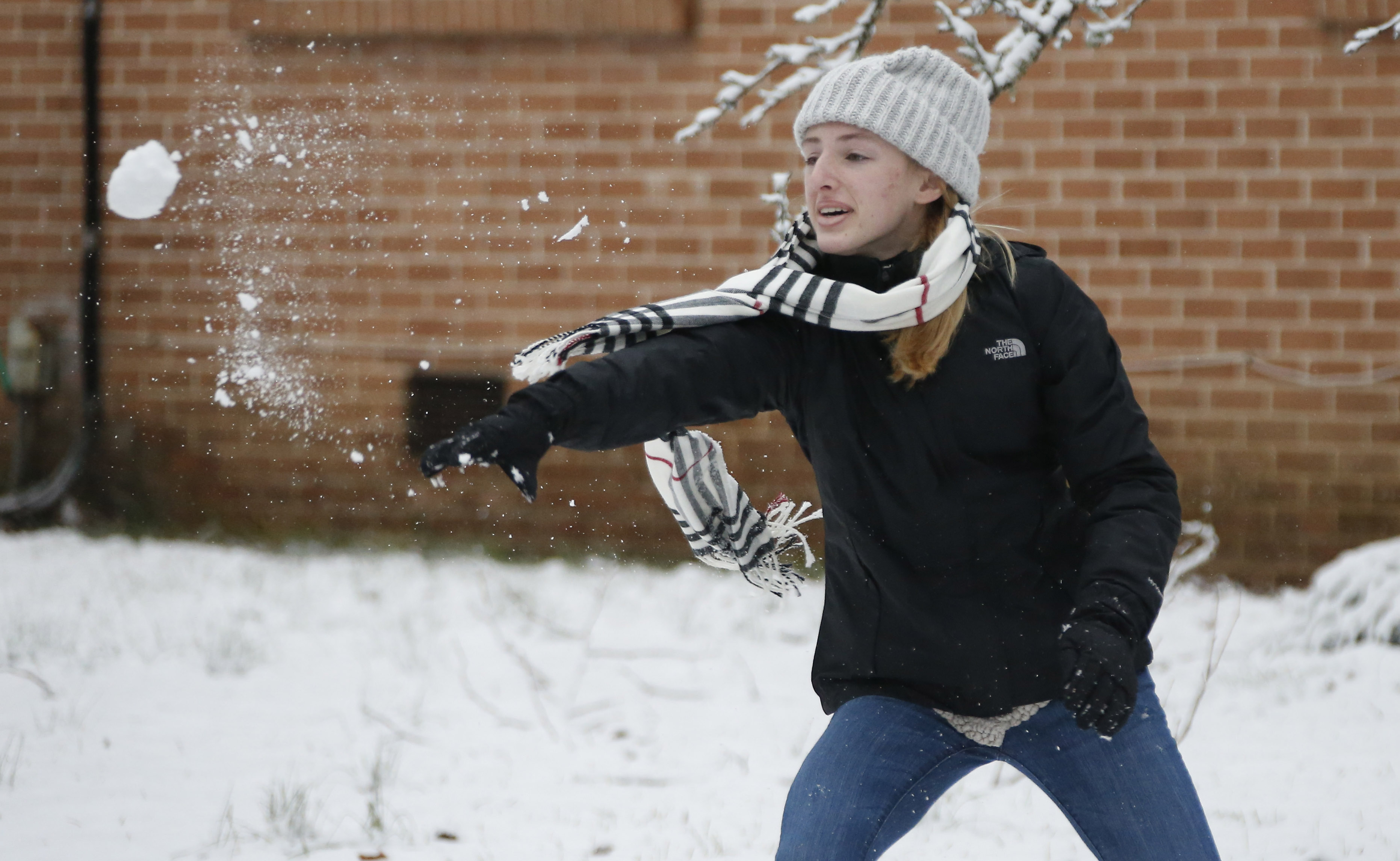