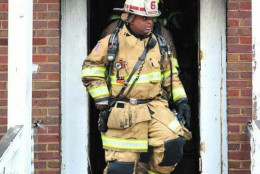 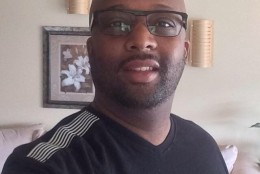 WASHINGTON — A veteran D.C. firefighter died after helping to battle a blaze in a high-rise apartment building in the Logan Circle neighborhood Wednesday morning.

Three other people, including a second firefighter, were injured in the fire, which damaged the apartment building in the 1300 block of 7th Street NW. Reviews of the fatal incident have been ordered.

Mayor Muriel Bowser identified the firefighter as Lt. Kevin McRae, a 24-year veteran with the department. It was not immediately known what killed McRae, who was 44.

Acting Fire Chief Gregory Dean said that McRae and the crew of Engine 6 were the first to arrive on the 9th floor and were responsible for putting out the fire.

Dean, who was at the fire, described it as a routine fire response up until McRae exited the building and collapsed.

McRae was immediately treated by paramedics and taken to the emergency room at MedStar Washington Hospital Center where he died. The medical examiner will determine what killed the firefighter, said Dr. Jeff Dubin, chair of the emergency room department at the hospital center.

Dubin called it a sudden death, which afflicts hundreds of thousands of Americans each year and is often traced back to a heart condition.

Bowser said that McRae’s family is devastated. He is survived by his wife, mother, brother and three children.

This is the second firefighter the McRae family has lost. A cousin, James McRae, died at a fire station while on duty in 2007.

Meanwhile, Dean has ordered an investigation to review how firefighters responded to the two-alarm blaze and to determine if anything could have been done differently. He also asked for an outside review to critique the firefighters’ performance.

“We going to learn from that,” Dean said.

He said the goal of such reviews is to improve firefighter safety.

In addition to McRae, another firefighter and two residents of the building were taken to the hospital with non-life-threatening injuries, said Tim Wilson, a spokesman for D.C. Fire and EMS.

Bowser said the second firefighter were treated and released.

The cause of the fire and where it started are not yet known, Wilson said.

D.C. Councilman Kenyan McDuffie called it a sad day for the District and for the Fire and EMS Department.