NEW YORK (AP) — Christian Pulisic and Gio Reyna were left off the U.S. roster for the next three World Cup qualifiers because of injuries, and Weston McKennie returned after being dropped for two games for violating team COVID-19 protocols.

Pulisic, the team’s star attacker, has been sidelined since spraining an ankle at Honduras on Sept. 8 and Reyna, a starting midfielder, since injuring a hamstring at El Salvador on Sept. 2. U.S. coach Gregg Berhalter said neither is back in full training.

“I wouldn’t rule them completely out,” Berhalter said Wednesday. “I think that it is unlikely.”

McKennie, a top American midfielder, started in the 0-0 draw at El Salvador, then was sent home for violating coronavirus protocols and missed the 1-1 tie at home against Canada and the 4-1 come-from-behind win at Honduras.

“There’s a certain amount of trust that Weston needs to rebuild with the group, and he’s willing to do that,” Berhalter said. “His behavior was unacceptable. He took responsibility for it, and we move on. We really do move on. But will he be held accountable in the future? Absolutely. That’s going to be part of it. And he understands that. The group understands that.”

Pulisic, McKennie and Tyler Adams, the team’s central young core, have started together just once, against Ecuador in March 2019.

Venezia midfielder Gianluca Busio and Mallorca forward Matthew Hoppe were picked after settling in with new clubs, added along with Tenerife right back Shaq Moore, who joined them on last summer’s CONCACAF Gold Cup champions.

Panama is on the British government’s COVID-19 red list, which requires a 10-day quarantine when entering England. Pending possible U.K. rules changes on Monday, England-based players Zack Steffen, Antonee Robinson and Tim Ream will not travel to Panama and will train with staff in Columbus.

The U.S. has five points after three games in the 14-game final round and is tied with Canada for second, two points behind Mexico and ahead of Panama on total goals. Costa Rica, Honduras and El Salvador have two points each and Jamaica one. The top three teams in North and Central America and the Caribbean advance to next year’s World Cup in Qatar, and fourth place goes to a playoff.

Sean Johnson becomes the No. 3 goalkeeper in place of Nottingham Forest’s Ethan Horvath after being added to the September roster when Steffen had back spasms. Horvath and Norwich foward Josh Sargent were not picked partly because of England’s COVID-19 travel rules.

“It was based on how we see the games playing out, was based on the depth that we see in the striker position and our need in these games for some verticality,” Berhalter said.

Given the compressed schedule caused by the pandemic, Berhalter used 22 players during the September matches, giving 21 starts. Adams and defender Miles Robinson were the only ones to play every minute.

Midfielder Kellyn Acosta has appeared in 17-straight matches, the most since Landon Donovan and Jeff Agoos from 2001-02.

Joe Scally, an 18-year-old right back with Borussia Mönchengladbach, was not called in for a possible debut.

“He was really close,” Berhalter said after speaking with him Wednesday. “He’s going to be a key contributor to what we do in the future. And what we’re talking about now is somewhat guys that have been through it before.” 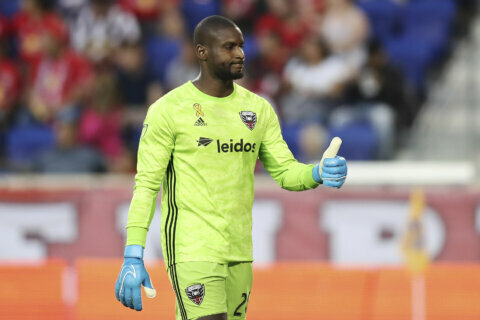 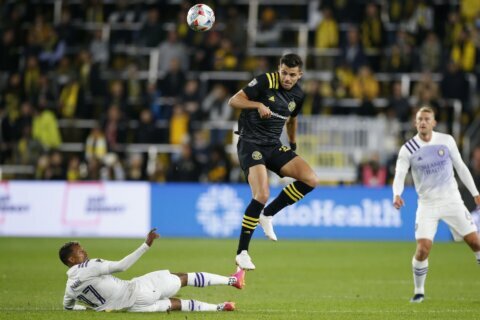