Freese, Pines added to US U23 roster; replace Ochoa, Araujo

The under-23 team is training under coach Jason Kreis alongside the national team through Jan. 24, and several under-23 players will be added to the national team roster ahead of a contemplated exhibition against Serbia in late January at Orlando, Florida.

Because of the delay in the Tokyo Games caused by the pandemic, the eligibility of the under-23 player pool was extended by a year by FIFA. Qualifying for the Olympics in the North and American and Caribbean region could take place in March.

Orlando midfielder Andrés Perea is training with the under-23 team after practicing with the national team in December. Perea has played for Colombia’s under-17 and under-20 teams and could switch to the U.S. national team program, but he is not currently eligible to appear in a match.

The only Europe-based players training with the under-23 team are PSV Eindhoven and Wolfsburg midfielder Bryang Kayo.

The revised under-23 roster (x-not currently eligible to play for U.S.): 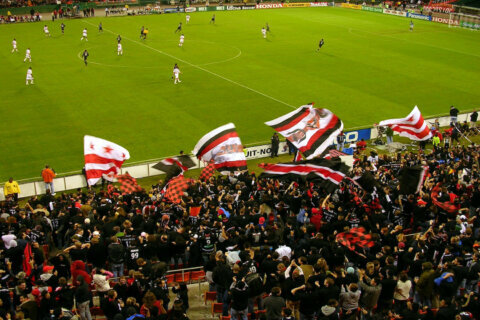