The crash at 4:49 a.m. sent debris across the interstate and shut down all northbound lanes before Washington Boulevard in Arlington for roughly an hour. Traffic during the shutdown was diverted onto Glebe Road until lanes reopened.

Virginia State Police said that two people had to be taken to the hospital for minor injuries.

“With the assistance of Arlington Police, the hit-and-run driver was located near South Joyce Street and Columbia Pike shortly after 5:30 a.m. The female driver was on foot and taken into custody. State police arrested the female for DUI,” Virginia State Police spokeswoman Corinne Geller said in an email.

The woman was arrested for driving under the influence.

Police at this stage have not released any additional information. 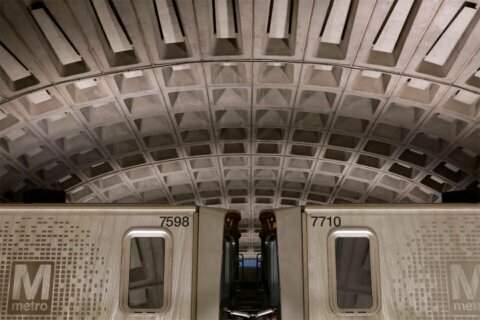