A new type of protected bus lane is coming to a dangerous, delay-filled part of D.C.’s Columbia Heights neighborhood this summer.

The District Department of Transportation plans to put a red bus and bike lane in both directions on 14th Street Northwest, most of the way between Euclid and Newton streets.

As part of the changes, which aim to reduce backups and double parking, the area in front of the DC USA shopping center between Irving Street and Park Road would no longer have street parking spaces, but instead would have pick-up and drop-off zones for Uber, Lyft and cabs.

First responders and Metro maintenance vehicles would also have designated areas, and a protected bike lane would run between the southbound drop-off zones and DC USA.

That stretch is currently a dangerous mix of double parking, car doors opening, blocked bike lanes and buses forced to swerve into oncoming traffic to avoid getting stuck.

To ease other backups, DDOT plans a new left-turn lane for northbound 14th Street traffic at Newton Street Northwest, and will consider other changes to the concrete island at the Park Road intersection.

Creating the bus lanes to speed up trips for buses that carry more than 15,000 people each day will require the removal of about 66 parking spaces.

DDOT hopes the changes improve bus speeds from the current crawl in this area of just 3.6 mph.
The bus lanes, which people riding bikes can also use, would be 12.5-feet wide and protected from other traffic by plastic posts to keep other drivers out except for those making right turns.

Other changes would include consolidating or moving some of the bus stops to south of Irving Street to speed up buses. New or remaining stops would be within 325 feet of stops being eliminated.

The details of the proposal, which will technically start as a one-year “demonstration project,” were released Thursday for a 30-day public comment period.

DDOT hopes to implement the parking and bus lane changes by summer. The demonstration period is expected to last one year.

This is in addition to construction work starting this spring a few blocks over on bus lanes on 16th Street Northwest. 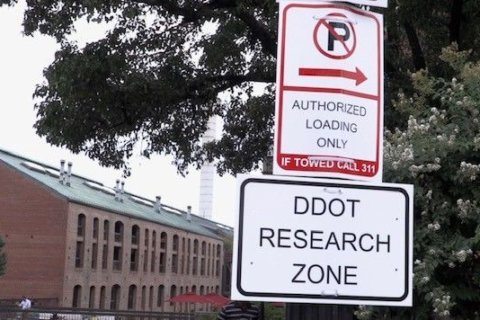 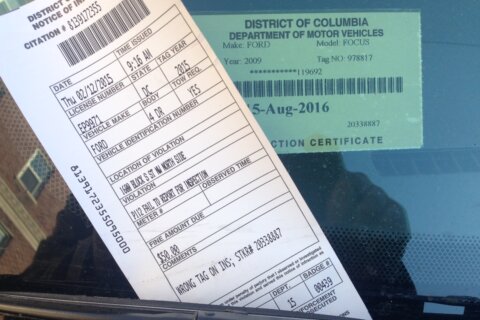