Early work to begin on Virginia Route 9 project through Hillsboro

Preliminary work begins this week in tiny Hillsboro, Virginia, on the Route 9 project that will eventually affect 17,000 daily commuters from around the state, Maryland and West Virginia.

“What we’ll be doing this week, if the weather cooperates, we’ll be doing some tree clearing on the east end of town, so we can start realigning some of the overhead utilities,” Vance said.

“March 4 is when the 428 days begin for the road project,” he added, referring to the renovation plan, for which Hillsboro will pay $14.3 million and Loudoun County will chip in $7.5 million.

The preliminary work shouldn’t cause major traffic disruptions for commuters on Route 9, Vance said. Flaggers will be on hand to keep traffic moving.

“All the clearing is taking place off the road,” said Vance. “They’re taking down some trees and may have to temporarily close a lane, just for safety’s sake.”

When construction begins March 4, the initial goal will be to simultaneously build roundabouts on either end of the town, which has a population of approximately 170 people.

Later in the project, as WTOP reported in September, Hillsboro and the Virginia Department of Transportation developed a plan that minimizes the periods of time in which Route 9 would be completely closed to traffic.

Every weekday, during morning rush hours, one lane of eastbound traffic will be open through town, then the road will be completely closed until the next morning, to provide contractors with full access to the work zone.

Weekday road closures will not initially be an issue, Vance said.

Having several months before the brunt of the roadwork closes Route 9 through Hillsboro will give drivers time to become familiar with the regional detour, in which road signs in West Virginia will direct drivers to Route 340, then Route 7 In Virginia, before rejoining Route 9. 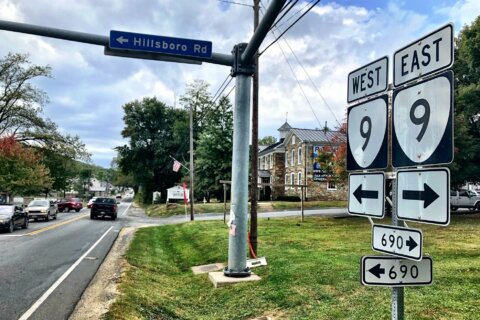 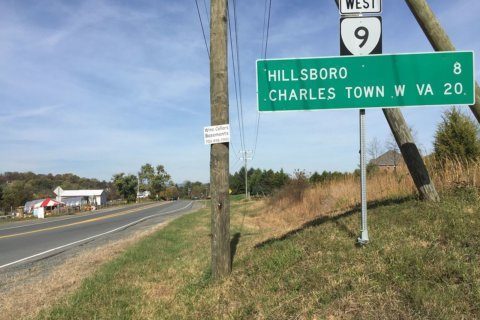