This year's traffic jams have been some of the worst, and local leaders are working with local and federal agencies to improve the George Washington Parkway and other roads before Amazon's HQ2 arrives.
Listen now to WTOP News WTOP.com | Alexa | Google Home | WTOP App | 103.5 FM

ARLINGTON — Airport leaders are outlining potential responses to the long Thanksgiving weekend traffic jams at Reagan National and Dulles International airports, and deflecting blame away from ongoing construction for the particularly bad backup at Reagan.

Big crowds came for flights from early afternoon through early evening, and similar, if somewhat smaller, crowds are expected through New Year’s Day as part of the busy holiday travel season. But leaders hope that new road-improvement projects could alleviate traffic sooner rather than later because of Reagan National’s new neighbor — Amazon.

Sunday jams are always particularly bad on the busy Thanksgiving weekend, and this year’s traffic was worse because of construction at Reagan National.

“On the Sunday night after Thanksgiving here at Reagan National we had about a five-hour period of time where, truly, cars were moving bumper to bumper if they were moving at all on our campus,” said Margaret McKeough, Metropolitan Washington Airports Authority chief operating officer.

Traffic is lessened at Reagan National because the airport has an unusually high number of people who arrive by train by American standards. But there is a rush of traffic caused by people using ride-hailing apps on Thursday and Friday nights, and those getting dropped off or picked up by loved ones on Sundays.

“We’re seeing that although Project Journey is a contributor to moving traffic through this airport here at Reagan National, probably the biggest challenge for moving traffic is just dealing with these peak volumes of times where folks come,” McKeough said.

Airports Authority CEO Jack Potter hopes to eventually widen roads at both Reagan National and Dulles, so there are more lanes as drivers leave the airports.

“Our biggest challenge is we only have four lanes of traffic getting off our airport,” Potter said.

Reagan National construction integration manager Richard Golinowski blamed the narrow single-lane exit at the north end of the airport, where there are also some airport construction lane changes, for much of the recurring delays during busy times.

“The problem we continue to see is the access to the George Washington Memorial Parkway, especially at the north end,” Golinowski said.

While there is an exit to both directions of the parkway near the southern end of the airport, few people use the return-to-airport loop to utilize it.

The airports authority is meeting next month with the National Park Service, and is working with Arlington and Alexandria, on potential changes to the George Washington Parkway and other roads.

“This is really an area that we’re going to be focusing on over the next two years,” Golinowski said.

The backups have even made it tough to get out of a parking garage at the busiest times, but the authority believes directing people to the garages for up to 60 minutes of free parking has been helpful during construction.

They now plan to keep the cellphone lot closed indefinitely so it can be used as a construction staging area for the new security checkpoints and regional jet concourse.

McKeough said airlines, and the airports authority, have not gotten a significant number of complaints about the current construction delays at Reagan National. The complaints focused instead on baggage claim issues or TSA screening.

Together, Dulles and Reagan National expect to serve roughly 45 million passengers this year.

Where would more lanes go?

At Dulles, the authority controls more property. That would be easier, if not cheap, to widen the racetrack-shaped loop between the new Metro station and the iconic terminal, or to add additional pickup and drop-off locations. Dulles traffic rebounded significantly this year after long-term declines.

At Reagan National, Potter hopes to build an interchange at the southern end of the airport near the entrance where red brick buildings and the GW Parkway entrance. He would also like to see more than one lane leaving the airport to the north.

“The endgame is if we don’t get additional traffic lanes off of our airport … it is simply not enough during our peak periods, and we have to address that,” Potter said.

He is in touch with other airport leaders about their plans for traffic fixes.

“It’s occurring at every airport, and it has been a major problem,” Potter said.

In Virginia, there could be an additional boost to get changes in place sooner, following the announcement that Amazon plans to be Reagan National’s new neighbor.

“We look at that change as an opportunity to put this issue on the table,” Potter said.

Making it a regional conversation is key, MWAA Board Member and former Arlington County Board member Walter Tejada said. It should also include a focus on walking or biking to the airport, she said.

“During that nightmare that we had Friday night [Nov. 9], the only people that probably got around were those walking and using bicycles,” Tejada said.

While it is possible to walk to the airport today, it is roundabout and complicated. A planned pedestrian bridge between the airport and Crystal City has been pushed forward as part of the Amazon announcement.

The drive for new access to Reagan National has become even more pressing as Metro has cut back late night and weekend service, pushing more people to drive or add to traffic by summoning a driver through a ride-hailing service.

During the most recent Yellow Line shutdown, Reagan National did not experience significant issues, because the Blue Line was running.

“We have been having regular meetings with WMATA and regional representatives especially since the Veterans Day meltdown that we had, and that’s actually been working very well, and our planning continues for the major shutdown next summer from Memorial Day through Labor Day,” Golinowski said.

Reagan National will become the southern end of the Blue and Yellow Lines next summer. Some shuttle buses will run to the station, while others will skip it and go directly to Crystal City or Pentagon.

A separate weekend-only shutdown is planned just north of the airport, Jan. 12 and 13. There will be no trains between Reagan National Airport and Arlington Cemetery or L’Enfant Plaza that Saturday and Sunday. Metro plans to close Crystal City, Pentagon City and Pentagon stations that weekend. 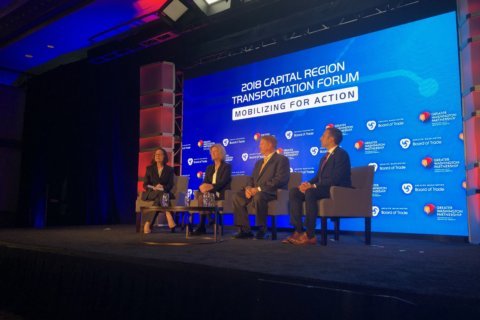 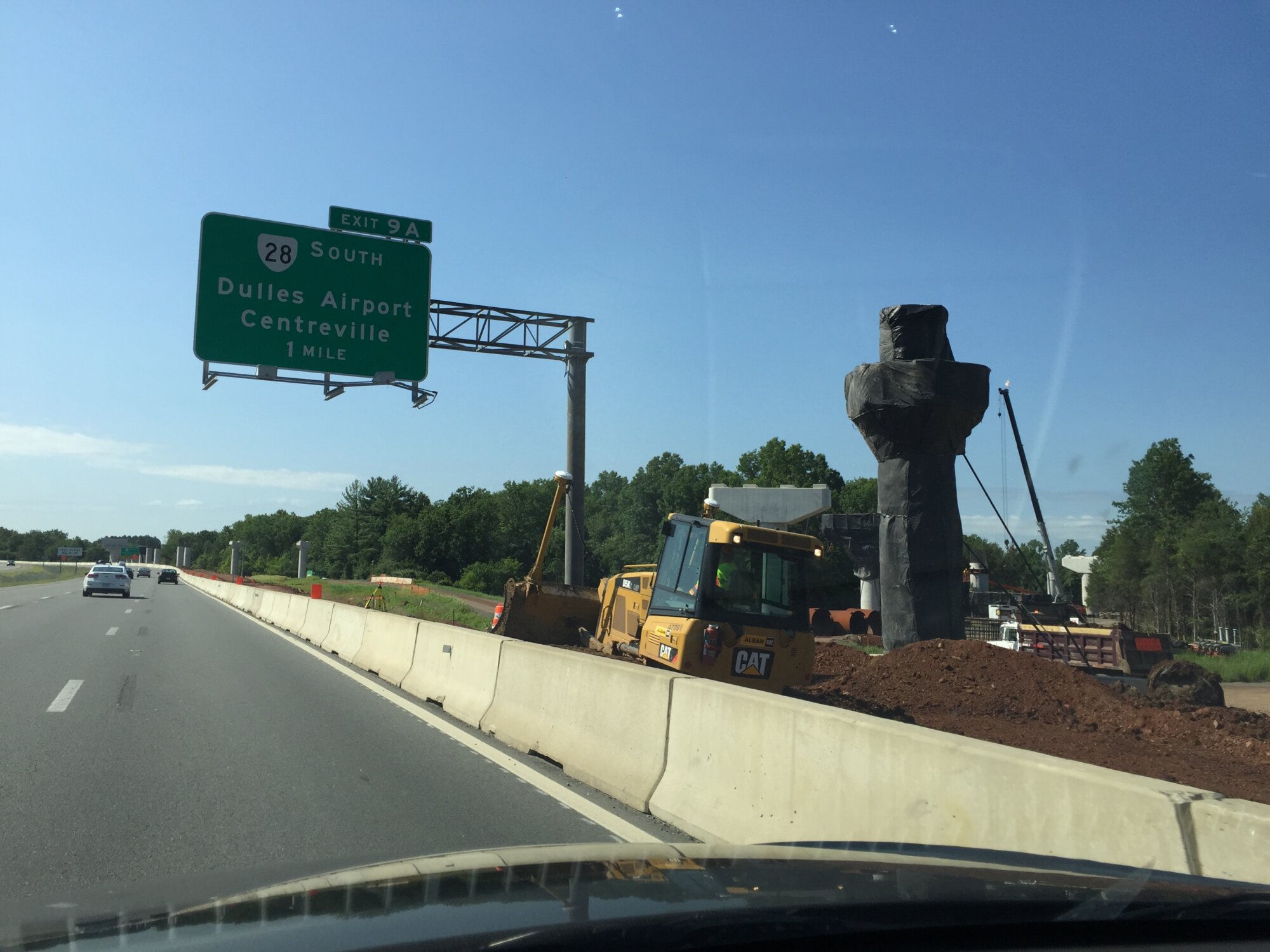