Construction on I-395 HOV lanes begins

WASHINGTON — Construction to convert the Interstate 395 HOV lanes to toll lanes officially kicked off Wednesday with a ceremonial groundbreaking.

Virginia Gov. Terry McAuliffe joined other state leaders and executives from the private 95 Express Lanes operator Transurban in Pentagon City to kick off work on the $342 million project that the governor said would shave several minutes off some commuters’ travel times.

The two reversible 395 HOV lanes are scheduled to become three reversible toll lanes that are free with three or more people in the car and an E-ZPass Flex in 2020. Construction along the approximately 8-mile stretch also includes significant improvements for buses and cars going to and from the Pentagon to reduce traffic jams.

“We do know believe that the combined improvements … can save carpoolers now, on average, more than 10 minutes each way a day,” McAuliffe said at Wednesday’s kick-off ceremony.

The governor said the project helps fulfill campaign promises he made four years ago when he ran for governor.

“We had to think big, bold and differently about how we have done it,” McAuliffe said.

The 95 Express Lanes are also being extended to the south near Fredericksburg, beginning with a 2.2 mile extension past Garrisonville Road due to open by early next year.

Separately, HOV or toll lanes are expanding to Interstate 66, too.

WTOP’s John Domen contributed to this report from Arlington, Virginia. 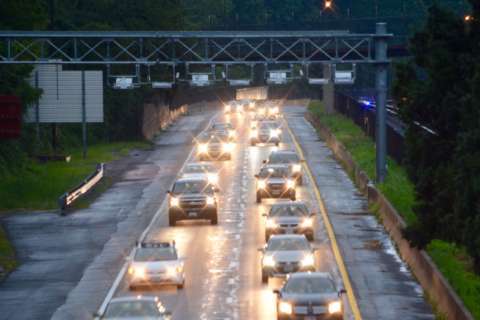 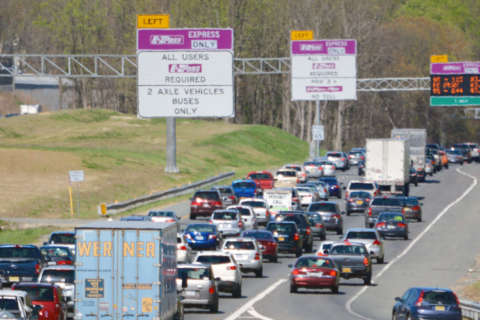 McAuliffe: Tolls not reached tipping point yet in Northern Va. 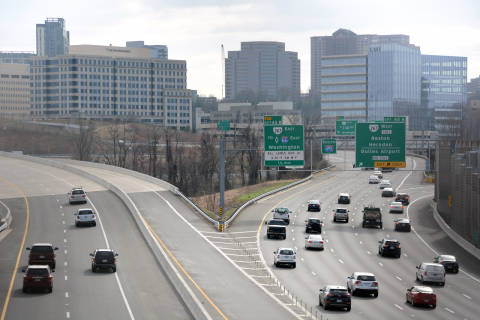 ‘Perfect storm’ behind spike in tolls along Va. express lanes