The number of Metrorail fires tied to arcing insulators and debris on the tracks is holding steady or trending higher, data from the first three months of the year show.
Listen now to WTOP News WTOP.com | Alexa | Google Home | WTOP App | 103.5 FM

WASHINGTON — The number of Metrorail fires tied to arcing insulators and debris on the tracks is holding steady or trending higher, data from the first three months of the year show.

There were 12 arcing insulators in January, February and March of 2017 that required some kind of action to put out a fire, one more than the same period last year and a similar number to each of the two years before that.

“The main drivers behind these events are wet, muddy conditions and insulator contamination and degradation,” a report prepared for the Metro Board’s Safety Committee said. 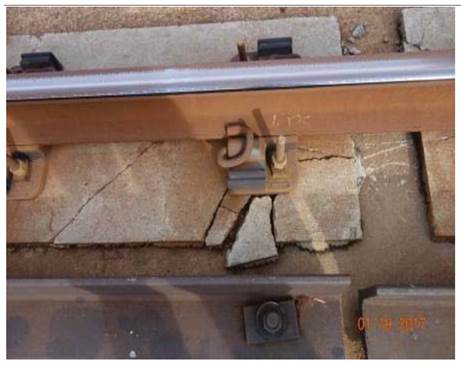 Metro deliberately ignores some of its own safety rules for convenience, a new batch of federal inspection reports show, but the agency is making progress in areas such as communication between train operators and central controllers.

Metro has spent months with crews dedicated to clearing mud and drains on part of the Red Line around Van Ness and attempting to address drainage issues elsewhere in the system.

When there is a fire, though, Metro still does not have a cohesive improved plan for how to clear smoke from a tunnel.

Metro is aiming to complete development by September of a new operational procedure recommended by the National Transportation Safety Board for the most efficient ways to use existing tunnel ventilation fans. After that, controllers in the Rail Operations Control Center would still need to be trained on the procedures.

The transit agency had also initially said that by July, it would develop operational plans for ventilation fans for each location where smoke could occur which could then be rolled out through training for the controllers. Procedures for the controllers when smoke detectors go off are due this fall and could be implemented by May 2018.

Combined, Metro projects just those plans would cost more than $3 million to develop.

In the long-term, Metro plans to improve the power and capacity of tunnel ventilation fans to meet current fire safety standards by late 2021. That is another one of 30 total open NTSB recommendations, and one of the 15 that are in a category Metro labels “undesirable” because they can pose an occasional risk of critical or marginal safety hazards or a remote risk of catastrophic or critical safety risks. Most of those recommendations stem from the 2015 smoke incident near L’Enfant Plaza that killed Carol Glover.

Besides insulator fires, Metro’s safety office notes a four-year trend of increasing trash and debris fires across the rail system. Seven fires tied to things like newspapers or leaves on the tracks in the first three months of this year equal the 2014 total, after 10 in January, February and March of 2015 and 15 in the same period last year.

A cable-related fire last March led to a one-day shutdown of the system for emergency cable inspections.

Now, Metro is increasing focus on replacing, securing and inspecting cables as well as tunnel cleaning and leak repair, according to the safety report to be presented this Thursday.

Due to federal reporting standards for all of these fires, Metro does not count incidents in these totals where the fire goes out on its own, so the data may not include all smoke incidents.