With no long-term agreement on how the region pays for Metro maintenance and equipment projects, the transit agency is set to accept a short-term funding deal for the second year in a row.
Listen now to WTOP News WTOP.com | Alexa | Google Home | WTOP App | 103.5 FM

WASHINGTON — With no long-term agreement on how the region pays for Metro maintenance and equipment projects, the transit agency is set to accept a short-term funding deal for the second year in a row.

The one-year extension to June 2018 could give Metro’s backers time to line up support for a dedicated regional tax to support the service.

The Metro Board’s Finance Committee heard the outlines Thursday of the second consecutive one-year extension of the Capital Funding Agreement. The committee and full Metro Board are scheduled to approve the extension on March 23.

The agreement details how $1.25 billion in spending on new trains and buses, track repairs and other projects are paid for by the state of Maryland, plus D.C., Arlington County, Fairfax County, Alexandria, Fairfax City, Falls Church and federal grants. Any new long-term agreement would also include Loudoun County because the Silver Line extension to and beyond Dulles International Airport is set to open during the time frame covered by the six-year agreement.

Metro faces billions in capital costs over the next decade and there is no consensus how local governments will come up with the money.

“It seems to me that the corollary to this is dedicated, stable and reliable financing. So we’re going to kick the can on the capital side, and there’s no connection to when the heck we’re going to get traction on a regional basis to finance this place,” he said.

Metro Chief Financial Officer Dennis Anosike said the one-year deal was all the region could agree on.

With Metro projecting an extra $200 million per year in capital contributions starting next summer, the area’s governments face challenges coming up with that money and so they were unwilling to commit to a long-term deal, Anosike said.

A panel that includes Anosike and top administrators of the largest jurisdictions served by Metro is expected to issue a final report in April supporting some type of dedicated funding for Metro.

That funding could come via a regional sales tax across, property tax changes near stations or some combination based on what elected leaders are comfortable with in each part of the service area.

The final report follows an October outline that projected a $2.1 billion operating budget gap for Metro over 10 years, and a $3.3 billion gap in capital funding if there are no changes to the existing funding structure.

That is the equivalent of a $542 million shortfall per year, which could be reduced to $290 million each year by issuing bonds.

Chuck Bean, executive director of the Metropolitan Washington Council of Governments, said the projected numbers will be updated in the final report.

“I would say there’s a couple of headlines, or highlights,” Bean said Wednesday. “One, the gap is more capital intensive than what we discussed in October.”

Bean suggested that could make bonds backed by a dedicated revenue source a better financial option for the region to pay for Metro’s capital investments.

The October report was clear that there was no regional agreement, at the time, on how to address the shortfall, and that there are significant barriers to instituting a regional tax including the likely need for the approval of state lawmakers in both Annapolis and Richmond.

“We can’t even get the safety thing done,” Bulger said, pointing to the years of delays in establishing a Metro Safety Commission through a similar, regional approval process.

Regional leaders are now confident the safety commission will be up and running by the end of the year. But Maryland’s legislature has yet to give it final approval, the D.C. Council has to correct typos in the legislation it passed and Congress must also approve still the commission.

The commission will take over safety enforcement of the transit system from the Federal Transit Administration, which assumed temporary safety oversight of Metro in 2015. A previous incarnation the Tri-State Oversight Committee had no real enforcement power.

Metro has begun to borrow more money ahead of expected budget shortfalls next year.

The Metro Board is set to vote later this month on increasing Metro’s short-term lines of credit from a $250 million cap to $350 million and to issue 25-year capital bonds totaling up to $575 million in principal and interest. Metro would also refund $220.5 million in bonds issued in 2009 at higher interest rates.

The increased borrowing would raise Metro’s debt to more than $1 billion. That does not include bonds issued by local jurisdictions to cover their share of Metro’s budget. 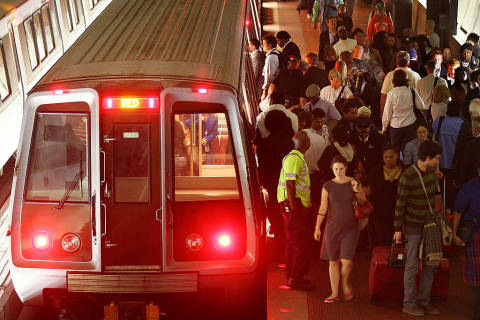 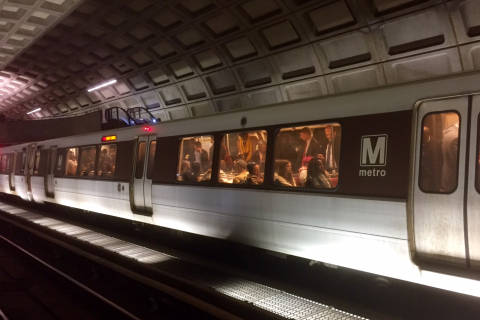 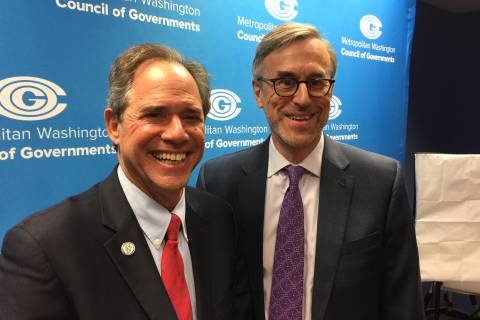