A huge development project at the Greenbelt Metro station could move forward “quickly” after years of waiting, but only if the FBI headquarters moves there.
Listen now to WTOP News WTOP.com | Alexa | Google Home | WTOP App | 103.5 FM

WASHINGTON — A huge new hotel, office, residential and retail development project at the Greenbelt Metro station in Maryland could move forward “quickly” after years of waiting, but only if the FBI headquarters moves there.

Metro’s Real Estate Director Nina Albert said Thursday that the development agreement first executed in 2000 and amended more than a decade later would likely be terminated if the General Services Administration selects one of the other two sites in the running for the FBI’s move from Pennsylvania Avenue.

“The changes to Metro facilities at Greenbelt are explicitly tied to the possibility that the FBI headquarters would locate here. If for some reason the FBI were not to choose this location, the proposed facility replacements would not move forward and also this proposed non-rider fee would also not advance,” Albert told the Metro Board’s Capital Program, Planning and Real Estate Committee.

The non-rider fee would be a parking fee for people who use the planned new 3,700-space parking garage without riding Metro.

After a public hearing in February identified some concerns, Metro Board members representing Prince George’s County and the state of Maryland urged Metro to be sure that fee does not apply to MARC riders. Today, the charge, equivalent to the parking rate plus a round-trip fare to Metro Center, already exists at the Metro parking lots at New Carrollton, Twinbrook and White Flint.

“A policy to try and deter people who are not riding the Metro and other commuter facilities from parking at a much lower rate,” Albert explained. “This also helps us make up for any lost revenue to Metro for parking spaces being taken by non-riders.”

She said Metro is in full agreement that MARC riders should not be affected by the $14.50 non-rider fee at Greenbelt, and that she will work with Maryland agencies on potential solutions.

Beneath some of those buildings, Metro would get new bus bays, an improved kiss and ride, taxi stands and the new parking garage.

“If Greenbelt is selected, we are poised to move forward quickly,” Albert said.

Malcolm Augustine, who represents Prince George’s County, calls the development an “exciting opportunity” for the county and the Greenbelt area.

“What’s most important is that we put our very best foot forward here from the mass transit standpoint and really talk about how this site in particular … when you look at the three sites that are out there from a mass transit standpoint is just so much better located. There are challenges, don’t get me wrong, comparatively, but because there is MARC service there and because the Metro is right there, I think that should weigh favorably,” he said.

More detailed developer proposals for the FBI headquarters are due this month. The GSA is scheduled to make a site decision early next year.

If Greenbelt is not selected, Albert said Metro would move to terminate its agreement with developer Renard, and look for other ways to develop the site at some undetermined time in the future. 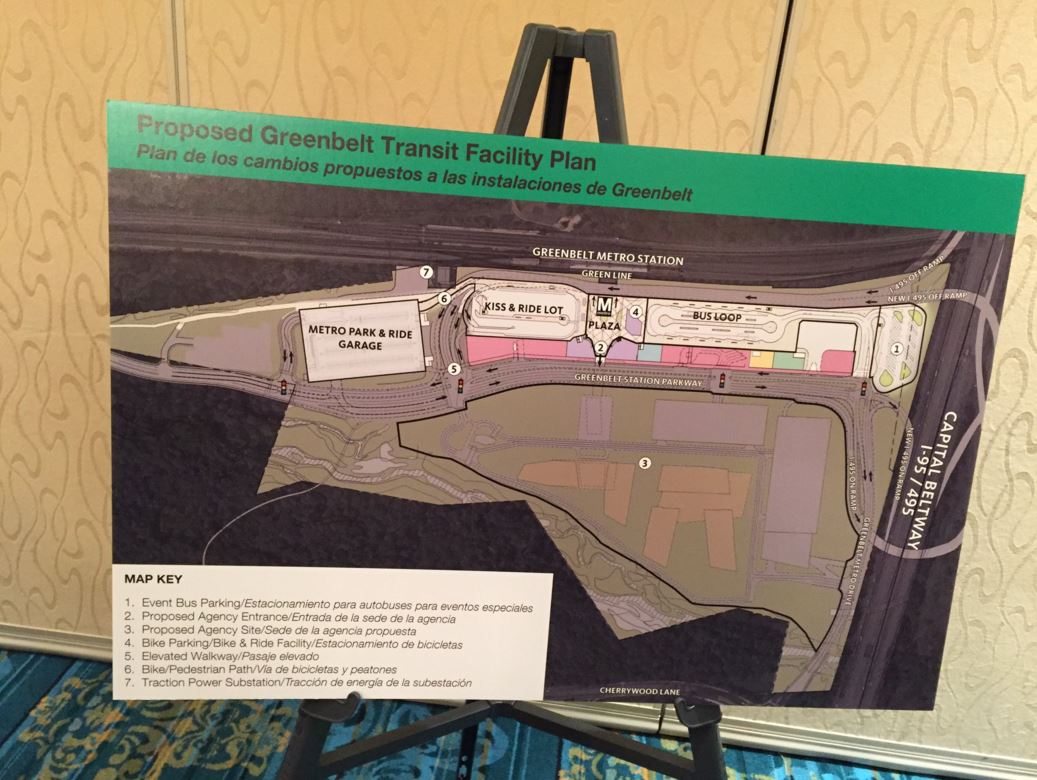