The incident commander who rolled a car window up in the face of a Metro Police deputy chief as riders sat stranded on a train filling with smoke last year had not had the proper training to qualify for the position, the NTSB said.
Listen now to WTOP News WTOP.com | Alexa | Google Home | WTOP App | 103.5 FM

WASHINGTON — The D.C. Fire incident commander who rolled a car window up in the face of a Metro Transit Police deputy chief as riders sat stranded on a train filling with smoke last year had not had the proper training to qualify for the position, the National Transportation Safety Board said.

Investigators say he had only completed two of four incident command training courses, and had not been trained to set up the unified command needed for a response to the smoke incident near L’Enfant Plaza that led to Carol Glover’s death.

The Metro Transit Police deputy chief had come back up from inside the station to fill other first responders in on what was going on. Eventually, firefighters split up as they headed down the tracks to look for the stuck train. The first group went down the Green Line tunnel, while another group ended up reaching the back of the smoke-filled train on the Yellow Line tracks.

The NTSB says the fire department should have set up an incident command post for all agencies involved.

D.C.’s Homeland Security and Emergency Management Agency did have a command bus available, but it did not arrive until after the incident was essentially over. There was also not a large enough medical response to help Metro riders who had been stuck in the smoke.

In addition to those issues, Metro had not held a full-scale tunnel evacuation drill since March 2010, which also meant 911 operators and the D.C. Fire Department had not participated in regular drills related to Metro.

A rail operations controller said after the incident that the right hand did not know what the left hand was doing.

The NTSB report approved this week also blames D.C.’s 911 call center for additional delays in sending a response, since the dispatch took more than twice as long as called for by national standards.

Investigators also recommend better signs at tunnel entrances and splits to help first responders find their way to trains or other incidents in areas they may not be familiar with.

Overall, the NTSB concludes that at the time of the Jan. 12, 2015, smoke incident, the D.C. Fire Department was unprepared to respond to a mass casualty incident in Metro’s underground system.

Since the incident, the fire department, Metro and the region have joined for more frequent emergency drills as called for by the NTSB.

D.C. also has a new fire chief since the incident, and Gregory Dean has introduced a number of changes, including the use of private ambulances to help respond to calls.

The region’s fire chiefs and Metro have also worked together to establish regular radio testing in tunnels to be sure communications problems are addressed more quickly in the future. 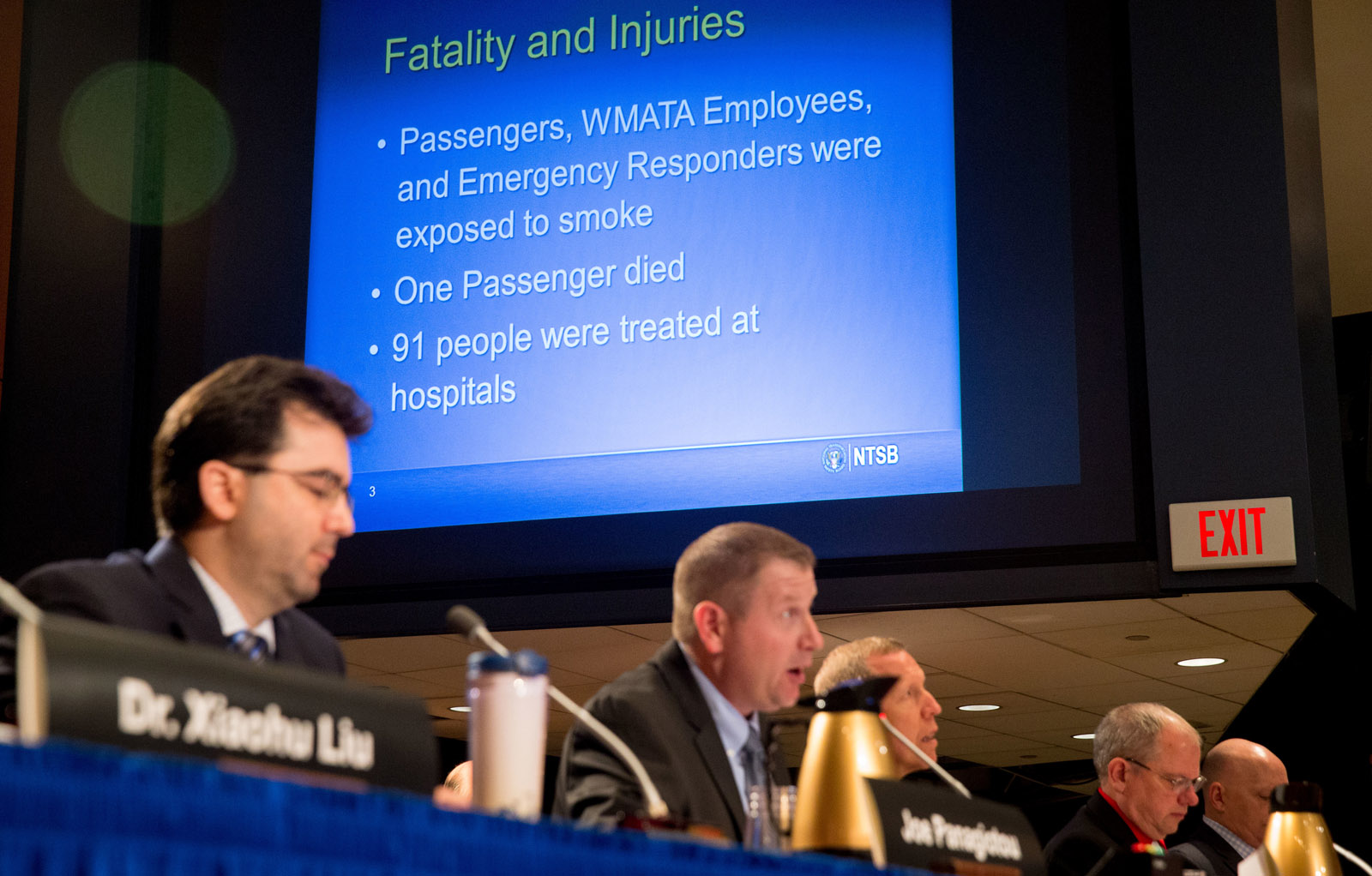