SILVER SPRING, Md. — With the Silver Spring Transit Center opening Sunday, lawmakers in Montgomery County want to remind people that it will signal some changes.

The transit center will be a major hub connecting local, regional and commuter buses to Metrorail and eventually the Purple Line.

There will also be a learning curve for drivers, with buses and pedestrians heading in and out of the transit center. It requires more patience and caution, says Montgomery County Councilmember Craig Rice.

“It means understanding new traffic patterns — understanding that they’re going to see a lot more traffic coming from those buses coming in and out. Being aware of a lot more pedestrian traffic. Understanding all that and [giving] themselves more time,” Rice says.

Lawmakers also want to make sure riders understand that, while the county is in litigation with the builders of the transit center, it is still a safe building. Montgomery County and Metro have sued to recoup the costs to fix the transit center, with lawmakers telling the public that it will not be footing the bill.

Metro says everything has gone to plan since the transit agency took control of the facility at the beginning of the month and it plans to open up to passengers on time Sunday.

The transit center will open more than four years late and $50 million over budget. 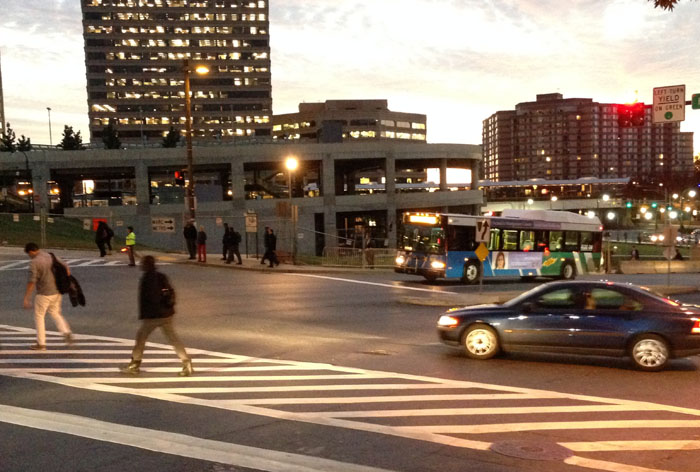