Montgomery Co. speed-camera program held up as a model for the nation

WASHINGTON — Speed cameras save lives. That’s the conclusion of a new report that evaluates more than seven years of data using information from three local jurisdictions.

The study evaluated data from Arlington and Fairfax counties in Virginia and Montgomery County in Maryland, beginning six months before the Montgomery speed camera program launched in the fall of 2006 and running through the fall of 2014.

The study compared crashes on camera-eligible roads in Montgomery County with comparable roads in Virginia where there are no speed cameras, and found the camera program resulted in a 19 percent reduction in the likelihood that a crash would involve a fatality or incapacitating injury, based on reports from on-scene police officers.

According to the study, speed cameras were also associated with a 59 percent reduction in the likelihood that a driver would choose to go more than 10 mph over the speed limit at camera sites.

The study even found a reduction in fatal and incapacitating injuries on roads that don’t have speed cameras, calling it a “spillover effect.”

Capt. Tom Didone, of the Montgomery County Police Department, who runs the speed-camera program, said on the website that the study “validates the fact that a well-managed program that properly deploys its speed cameras can effectively change behavior and reduce the likelihood of collisions.”

But critics like Ron Ely of the Maryland Drivers Alliance believe the results are skewed to a conclusion that the researchers wanted to reach from the outset. Ely has testified for years in Annapolis against the use of speed cameras.

“Also note that locations in Fairfax which had significant traffic calming improvements were excluded from the control set.  [The authors] specifically note that a site where speed bumps were added was excluded on page 7 paragraph 3.  This means that the report made no effort to compare speed reductions at speed camera sites to speed reductions from traffic engineering solutions,” he adds.

Lund stands by the findings of the report.

AAA Mid-Atlantic has done its own polling into the issue and disagrees with the IIHS results. While the organization calls the Montgomery County program “stellar,” it feels support for the cameras is much lower.

“Research by the AAA Foundation for Traffic Safety finds fewer than four out of ten respondents supported using speed cameras to ticket drivers who travel more than 10 mph over the speed limit on interstate highways; and only four out of ten support their use on neighborhood streets,” says Townsend.

Ely agrees the numbers are lower than the IIHS report and suggests that poll numbers can be skewed based on how questions are asked.  He pointed to a 2012 WTOP Beltway Poll (http://wtop.com/news/2012/05/wtop-beltway-poll-traffic-cameras-are-money-machines/).

“The prevailing opinion in the DC metropolitan area, according to a poll conducted by WTOP, was that speed cameras are primarily about money,” says Ely.

Both sides do agree that there are other measures that work too.  Speed bumps, narrower lanes, traffic lights and also increased police presence on the roadways pulling people over are all examples.

“We’re in favor of traffic engineering and roadway engineering.  We need to use all the tools at our disposal, whether it be speed cameras, or changes in the roadway. What the critics miss is that this isn’t an either/or.  We need all the tools that are in the tool box to reduce the serious and fatal injuries on our rodaways,” Lind said.

WTOP’s Ari Ashe and Kristi King contributed to this report. 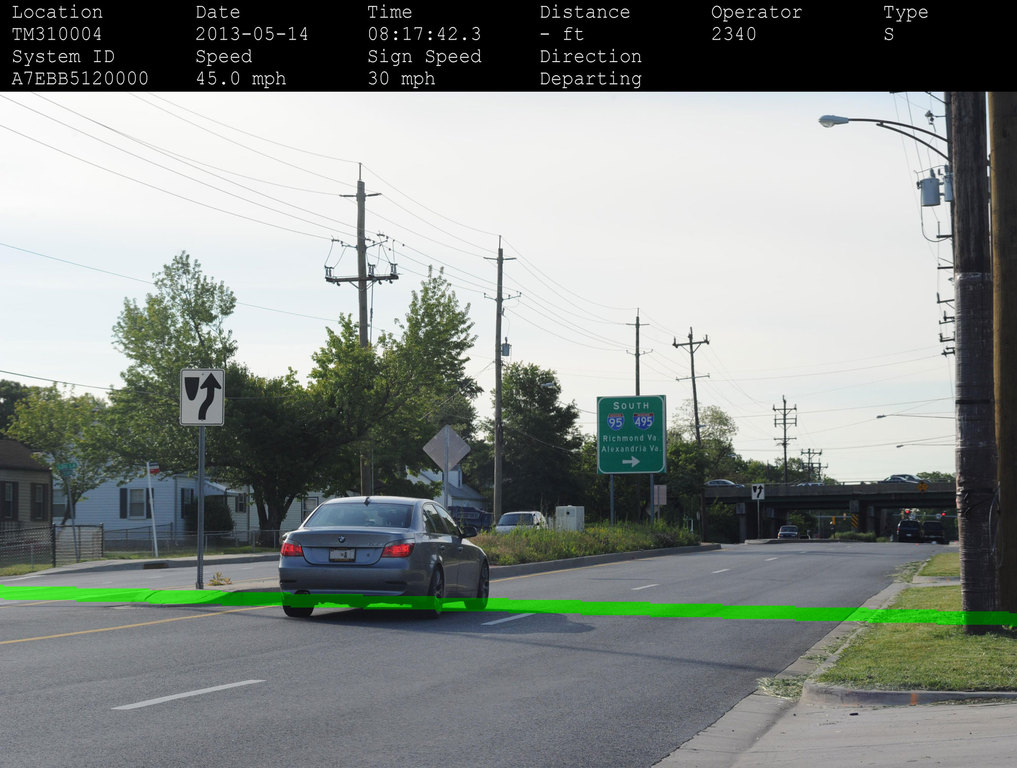