No trucks allowed: Enforcement stepped up on area parkways

WASHINGTON — No trucks allowed. That’s the message United State Park Police want to get across to truck drivers who use the National Park Service’s parkways in the D.C. area.

“Our roads were made to be scenic tourist roadways,” says Lt. Roxanne Brown-Ankney — commander for the traffic safety unit for the U.S. Park Police — of the George Washington, Clara Barton, Rock Creek, Suitland and Baltimore-Washington parkways.

These scenic byways double as commuter routes and tend to attract illegal truck traffic, she says, for a variety of reasons.

All commercial vehicles are banned from using the parkways unless a special permit is obtained in advance.

Last Friday, the USPP along with the Metropolitan Police Department, stepped up enforcement on the Rock Creek Parkway north of Virginia Avenue. In the first hour of enforcement, 10 truck drivers were pulled over and issued citations. Earlier in the week, a tractor trailer became wedged under the nearby K Street NW bridge.

“Some of the truck drivers that we pulled over, last Friday, stated to the officers, ‘Well I drive down here every day.’ We’re talking dump truck drivers,” Brown-Ankney says.

Police plan to continue rigorous enforcement over the coming months. With federal funding and man hours tight, USPP has reached out to neighboring agencies for help during future patrols. During last week’s blitz, USPP officers were assisted by the Metropolitan Police Department’s motor carrier unit. A few truck operators were hit with fines of $500 and $1,000 for motor carrier violations.

The basic fine for operating a commercial vehicle on a parkway is $25.

“No Truck” warning signs — called exclusionary signs — are posted at the beginning of the ramps that lead into the parkways. Still, truck drivers occasionally wind up on these roads. Some of these drivers blindly follow direction from common GPS devices or smartphone apps that do not differentiate between truck routes.

Others, Brown-Ankney says, do it intentionally.

“The ones that tend to not follow the rules are also are the ones that don’t follow the safety regulations. So they won’t inspect the truck before they drive. Or they’ll inspect the truck but know they’re either overweight or oversized or have things like broken tie rods. A lot of times they figure we’re the lesser of the evils so they’ll risk getting a ticket from us versus being place out of service by a motor carrier unit.”

She explains that when a truck is stopped by a state trooper on an interstate, any defective equipment or other safety violations discovered during that stop could result in the driver being placed out of service, subjecting the carrier to additional penalties.

As a federal agency, USPP does not have access to federal grant money that other local and state departments can draw from for special traffic enforcement. They have already requested outside help from agencies in Virginia and Maryland for future patrols in the coming weeks. MPD has already set some time aside for operations on the Rock Creek Parkway. 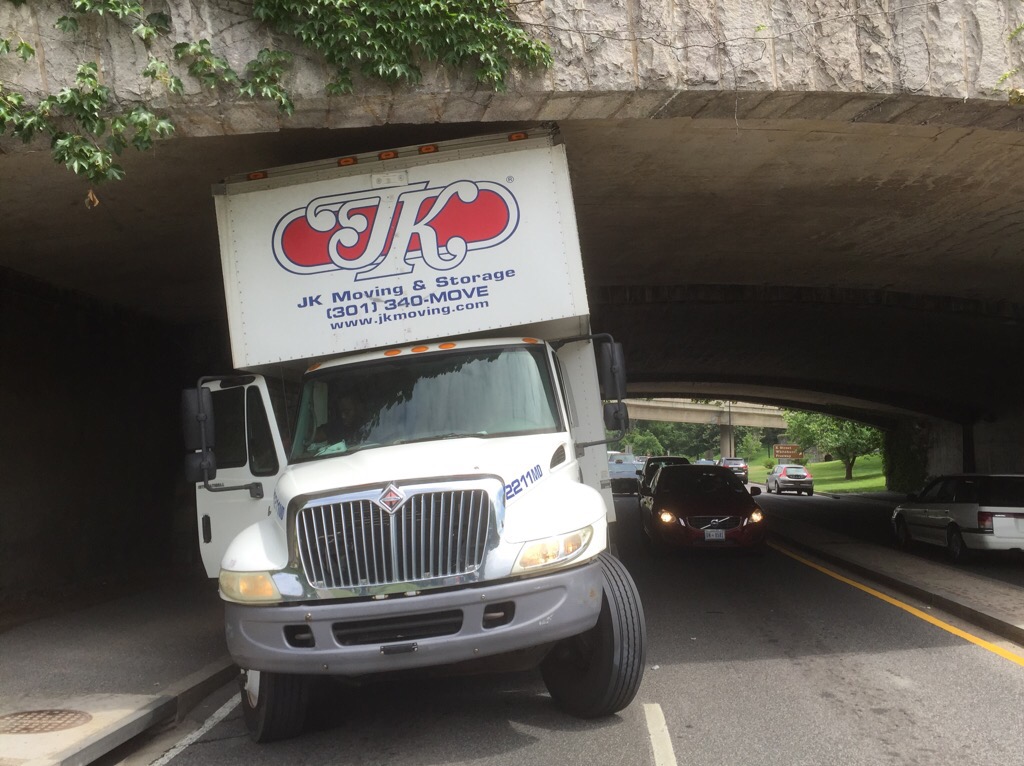 Trapped trucks a recurring issue on the area parkways 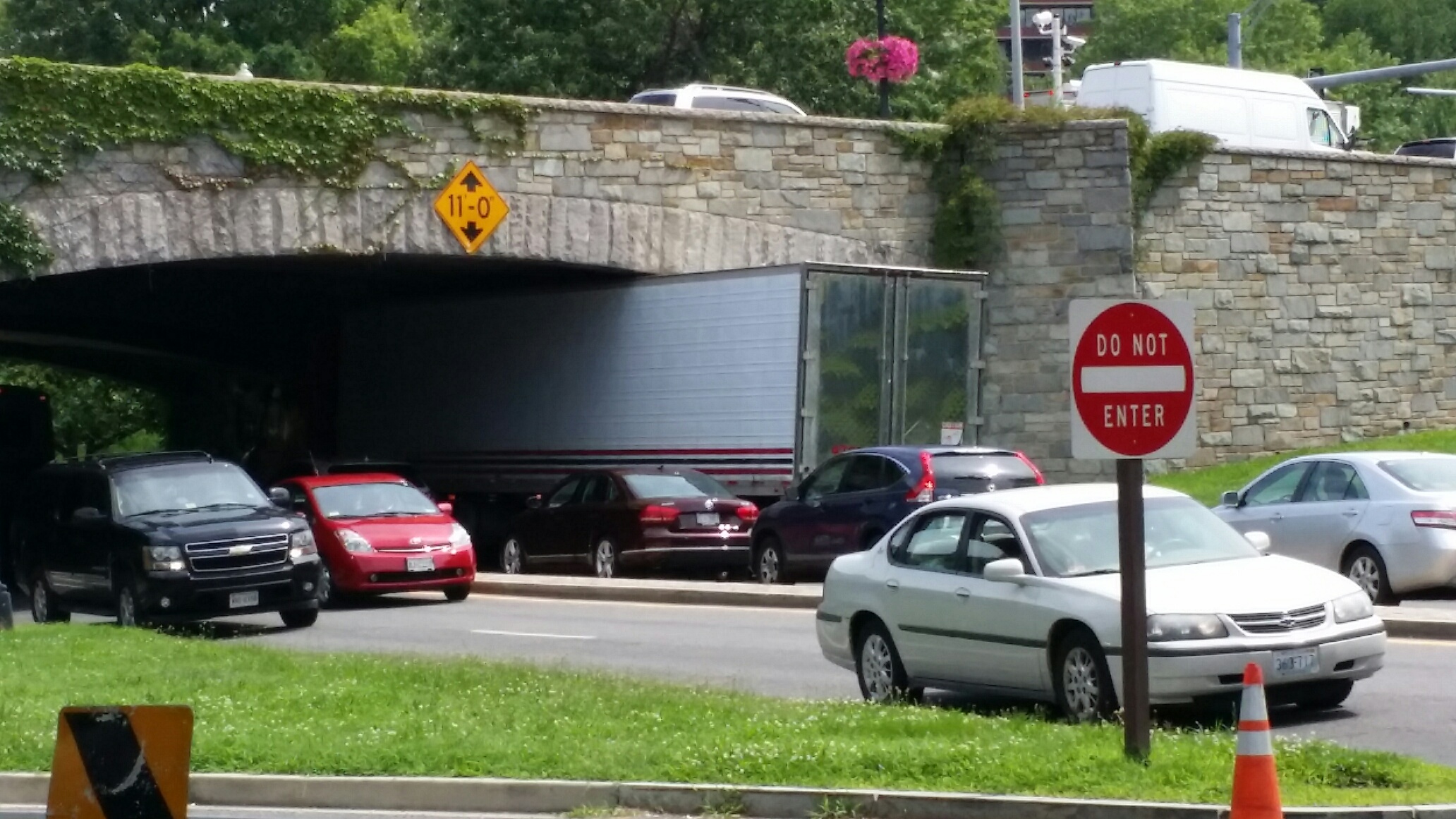 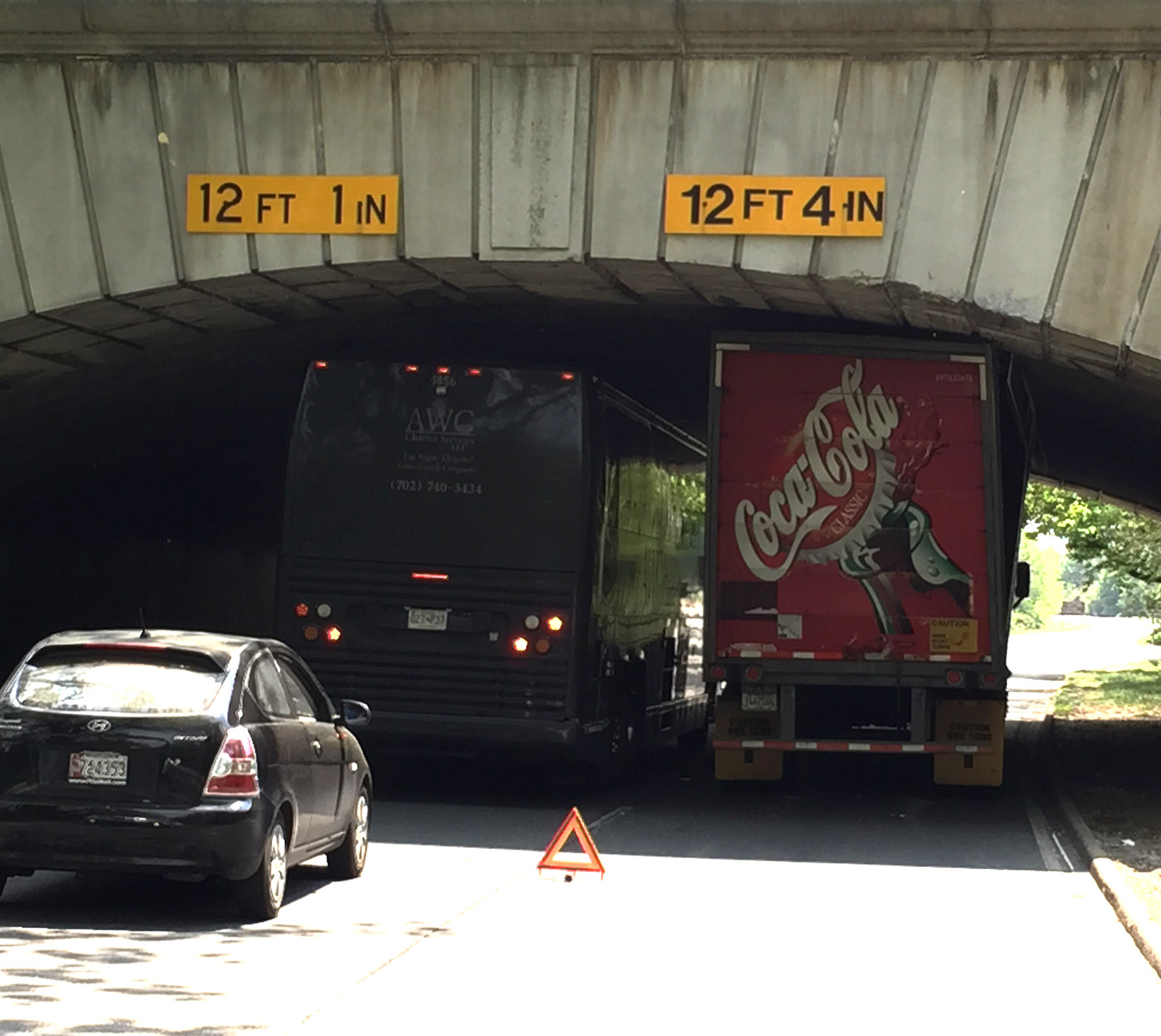