WASHINGTON – The six-car, Virginia-bound Metro train  overcome by smoke near L’Enfant Plaza was being examined Tuesday by federal investigators as they enter the first stages of their inquiry into the mishap that killed one person and injured dozens of others.

“We’ve done all the work we need to do with the tunnel, now we’re looking at the train,” says Peter Knudson, spokesman for the NTSB.

The NTSB had three investigators examining the tunnel Monday night near the L’Enfant Plaza Station before releasing the site back to Metro.

The NTSB, which is housed in an office building at L’Enfant Plaza, huddled with Metro, emergency responders and other parties to explain the course of its investigation and the technical information that it will require to complete its inquiry.

Knudson says three investigative groups have been formed to look into train operations, survival factors/emergency response and fire science – the cause and the effects of the acrid orange, black smoke.

So far, the NTSB has said that there was electrical arcing involving the track’s power-providing third rail in the tunnel about 1,100 feet ahead of the Yellow Line train that was stopped in the tunnel not far from the station.

The NTSB said during a briefing late Monday night that they didn’t know why the train stopped and would be reviewing that as part of the investigation.

Among the many questions the NTSB will want answered are when did Metro’s Operations Control Center activate emergency exhaust fans once the tunnel filled with smoke and what information was conveyed to passengers trapped aboard the Yellow Line train and how passengers responded.

Examining that train is an early priority and Christopher Hart, the NTSB’s acting chairman, says investigators will be reviewing the train Tuesday at a Metro rail yard. Communication among first responders will also be part of the investigation.

The tri-state oversight committee  and the Federal Transit Administration will be among the participants in the investigation. But federal authorities aren’t the only ones with questions.

D.C. Mayor Muriel Bowser has directed city administrator Rashad Young to be the point person on the Metro investigation. And in a letter to Hart, Bowser says the city will cooperate with the probe.

“I am directing all the agencies of the D.C. government to cooperate and coordinate to find the facts and address any issues bearing on the safety and reliability of our Metro passengers and first responders,” Bowser writes.

Councilwoman Mary Cheh, who chairs the transportation committee, wants to know more about the response by the city fire and police departments and the coordination with Metro.

“There’s some discrepancy from the people who were on the train and from Fire and EMS about how long it took for people to be taken off the train,” Cheh says.

And congressional representatives from Virginia, Maryland and the District are all questioning the lengthy response to rescue the passengers on that stalled train and the safety of Metro in general.

Some passengers reported waiting 20 to 45 minutes before firefighters came and helped them leave the train, walk through the tunnel and up some stairs to escape the smoke.

“That is unacceptable,” Connolly tells WTOP. “What in the world took so long for first responders to rescue these people from what was obviously a life-threatening situation.”

He wants to know if this was an isolated incident or is a symptom of deeper problems with Metro’s safety track record. 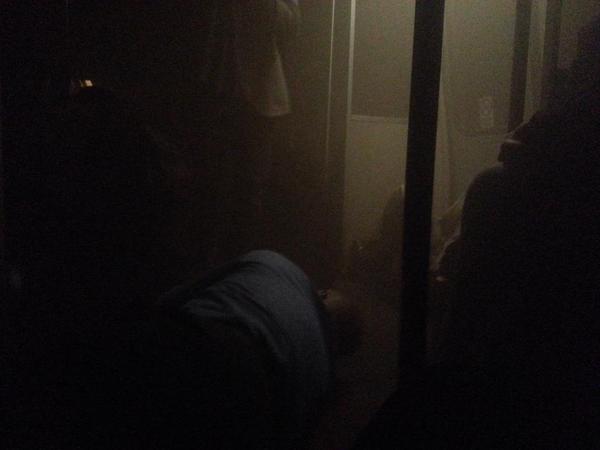