Man charged with Md. rape of woman he met on dating app

Police have charged a Fairfax County man with the rape of a woman in Montgomery County. The two met on a dating app, and authorities are concerned that he may have sexually assaulted other victims.
Listen now to WTOP News WTOP.com | Alexa | Google Home | WTOP App | 103.5 FM

Police charged a Fairfax County, Virginia, man with the rape of a woman in Montgomery County, Maryland. The two met on a dating app, and authorities are concerned that he may have sexually assaulted other victims.

Detectives in Montgomery County charged Douglas Clifton Stewart, 35, of Burke, Virginia, with the second-degree rape of a woman on Aug. 23, in Olney, Maryland.

Police said the victim and Stewart, whom the victim knew as “Clifton,” began talking on a dating application on Aug. 22. They arranged to meet the following evening at a public parking lot located in Olney, police said.

The night they met, police said they both got out of their vehicles, and Stewart offered to drive the woman to get food.

“As Stewart drove he sexually and physically assaulted the victim. He then returned to the parking lot where they had met and shoved the victim out of the vehicle,” a news release said.

A warrant was issued for Stewart’s arrest, charging him with second-degree rape, second-degree assault and a fourth-degree sexual offense.

At 9:15 a.m. Wednesday, Stewart was arrested at his home and was transported to the Fairfax County Detention Center and is awaiting extradition to Montgomery County.

Detectives are concerned that Stewart may have sexually assaulted other victims. Anyone who believes she was victimized by Stewart is asked to call the Special Victims Investigations Division at 240-773-5400. 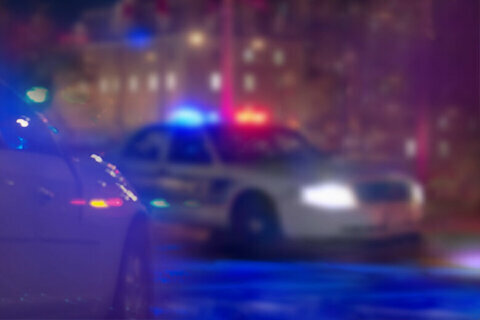