A 13-month-old girl is in critical condition at Children's National Medical Center in D.C. after she was found unresponsive at her home in Waldorf. The girl's father, Robert Earl McKay III, 29, of Waldorf, was arrested after detectives say he assaulted an investigator looking into the incident.
Listen now to WTOP News WTOP.com | Alexa | Google Home | WTOP App | 103.5 FM

In a case of what Maryland detectives believe may be child abuse, a 13-month-old girl is in critical condition and her dad arrested for assaulting an investigator, according to the Charles County Sheriff’s Office.

The 13-month-old girl is in critical condition at Children’s National Medical Center in D.C. after she was found unresponsive at her home in Waldorf, Maryland.

Officers and paramedics responded to a 911 call at 2 a.m. Monday in the 2000 block of St. Thomas Drive after a man said his daughter was having trouble breathing.

An examination and medical testing showed the toddler sustained trauma consistent with child abuse, according to detectives.

The girl’s father, Robert Earl McKay III, 29, of Waldorf, has not been charged with her abuse.

He was arrested after detectives said he assaulted an investigator gathering information at the first hospital.

During a search of McKay’s home, a gun — which he is not allowed to possess due to a previous felony conviction — was found, according to the sheriff’s department.

The toddler’s mother was working at the time of the 911 call and no other children reside at the home, according to detectives. 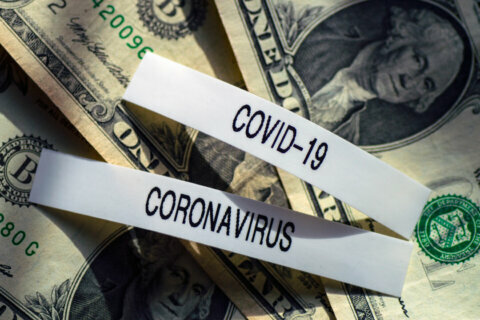