Why boosted Americans seem to be getting more COVID infections

As COVID-19 cases began to accelerate again this spring, federal data suggests the rate of breakthrough COVID infections in April was worse in boosted Americans compared to unboosted Americans — though rates of deaths and hospitalizations remained the lowest among the boosted.
Listen now to WTOP News WTOP.com | Alexa | Google Home | WTOP App | 103.5 FM

As COVID-19 cases began to accelerate again this spring, federal data suggests the rate of breakthrough COVID infections in April was worse in boosted Americans compared to unboosted Americans — though rates of deaths and hospitalizations remained the lowest among the boosted.

The new data do not mean booster shots are somehow increasing the risk. Ongoing studies continue to provide strong evidence of additional protection offered by booster shots against infection, severe disease, and death.

Instead, the shift underscores the growing complexity of measuring vaccine effectiveness at this stage of the pandemic. It comes as officials are weighing key decisions on booster shots and pandemic surveillance, including whether to continue using the “crude case rates” at all.

It also serves to illustrate a tricky reality facing health authorities amid the latest COVID-19 wave: even many boosted Americans are vulnerable to catching and spreading the virus, at a time when officials are wary of reimposing pandemic measures like mask requirements.

“During this Omicron wave, we’re seeing an increased number of mild infections — at-home type of infections, the inconvenient, having a cold, being off work, not great but not the end of the world. And that’s because these Omicron variants are able to break through antibody protection and cause these mild infections,” John Moore, a professor of microbiology and immunology at Weill Cornell Medical College, told CBS News.

“So, one of the dynamics here is that people feel, after vaccination and boosting, that they’re more protected than they actually are, so they increase their risks,” he said. “That, I think, is the major driver of these statistics.”

The CDC had rolled out the page several months ago, amid demands for better federal tracking of breakthrough cases. It has now grown to encompass data from immunization records and positive COVID-19 tests from 30 health departments across the country

For the week of April 23, it said the rate of COVID-19 infections among boosted Americans was 119 cases per 100,000 people. That was more than double the rate of infections in those who were vaccinated but unboosted, but a fraction of the levels among unvaccinated Americans.

That could be because there is a “higher prevalence of previous infection” right now among those who are unvaccinated and unboosted, the CDC said. More boosted Americans may now have abandoned “prevention behaviors” like wearing masks, leading to an uptick.

Some boosted Americans might be more likely to seek out a lab test for COVID-19, as opposed to relying on over-the-counter rapid tests that go largely unreported to health authorities.

“Home testing has become, I think, the single biggest concern in developed countries that can interfere with our measurements,” CDC’s Ruth Link-Gelles told a conference hosted by the National Foundation for Infectious Diseases last month. 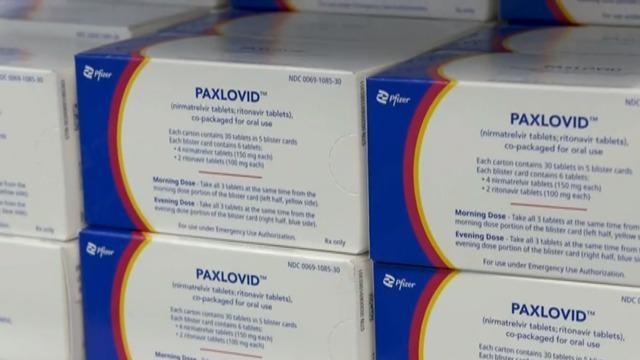 Some federal officials have floated the possibility of adopting a survey — similar to those relied on by authorities in the United Kingdom — as an alternative way to track a “ground truth” in COVID-19 cases, though plans to stand up such a system do not appear imminent.

“Moving beyond this crisis, I do think the future is in random sampling. And that’s an area that we’re looking at closely,” Caitlin Rivers, a top official on the agency’s disease forecasting team, told an event hosted by the National Academies last week.

Meanwhile, federal officials are also preparing for key decisions on future COVID-19 vaccine shots, which might up the odds that additional shots might be able to fend off infections from the latest variants.

In the short term, CDC Director Dr. Rochelle Walensky recently told reporters that her agency was in talks with the Food and Drug Administration about extending the option for second boosters to more adults.

Right now, only adults 50 and over and some immunocompromised Americans are eligible to receive a fourth dose.

Next generation of vaccines and boosters

Further down the road, a panel of the Food and Drug Administration’s outside vaccine advisers is scheduled to meet later this month to weigh data from new booster candidates produced by Pfizer and BioNTech as well as Moderna.

BioNTech executives told investors last month that regulators had asked to see data for both shots specifically adapted for the Omicron variant in addition to “bivalent vaccines,” which target a blend of mutations.

“It’s a little bit of a challenge here because we don’t know how much further the virus will evolve over the next few months, but we have no choice because if we want to produce the hundreds of millions of doses that need to be available for a booster campaign, we have to start at risk in the early July timeframe or even somewhat sooner,” Dr. Peter Marks, the FDA’s top vaccines official, said at a recent webinar hosted by the American Medical Association.

Marks said that bivalent shots seemed likely to be favored, given the “wiggle room” it could offer for unforeseen variants beyond Omicron.

Vaccines that might offer even better “mucosal immunity” – actually fighting off the virus where it first infects the respiratory system – are still a ways off, Marks cautioned.

“I think that we are in a transition time and I, again, will speak openly to the fact that 2022 to 2023 is a year where we have to plan for trying to minimize the effect of COVID-19 with the tools that we have in hand,” Marks said at a recent event with the National Foundation for Infectious Diseases.

“I do believe that, potentially by the 2023-2024 season, we’ll start to see second generation SARS-CoV-2 vaccines,” he added later. 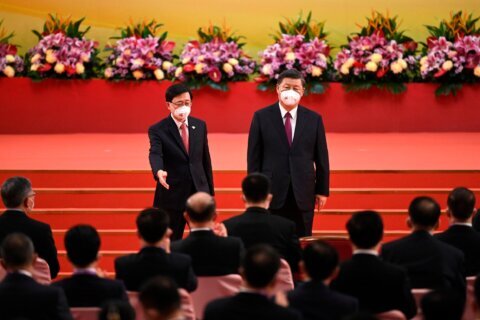 Healthcare stocks may keep your portfolio from needing a checkup 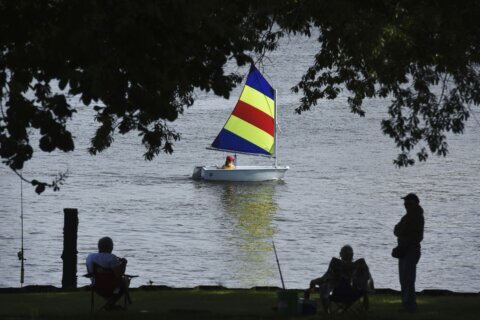