Omicron: What you need to know about the COVID variant

The Omicron variant of SARS-CoV-2 is the latest strain of the coronavirus to be designated a "variant of concern" by the World Health Organization: more and more countries are reporting cases, and it has an unusual combination of mutations that may enable it to spread faster.
Listen now to WTOP News WTOP.com | Alexa | Google Home | WTOP App | 103.5 FM

With a majority of U.S. states and dozens of countries now reporting cases of the Omicron variant of the coronavirus, federal health officials are pleading with adults to wear masks and get a booster shot in hopes of curbing a feared surge in hospitalizations.

The Centers for Disease Control and Prevention estimated Omicron makes up around 3% of circulating SARS-CoV-2 through December 11 nationwide, and more than 13% of cases in the New York and New Jersey area. Several scientists in the U.S. have pointed to signs the variant’s prevalence could already be climbing far higher in their regions, similar to the rapid ascent seen abroad in Canada and elsewhere.

Early data suggests a booster shot is needed to restore protection against infection from Omicron, though the initial vaccine regimen might still be enough to fend off severe disease. People who survived a prior case of COVID-19 appear to be at risk of reinfection from Omicron.

How well will the vaccines work against Omicron?

Two doses of the current Pfizer or Moderna vaccines appear to offer “considerable protection” against severe disease from the Omicron variant, Dr. Anthony Fauci said at a briefing on December 15, citing data from South Africa. And a growing body of preliminary laboratory studies testing people’s antibodies against the variant found a sufficient boost of protection in those who received a third Pfizer or Moderna shot. 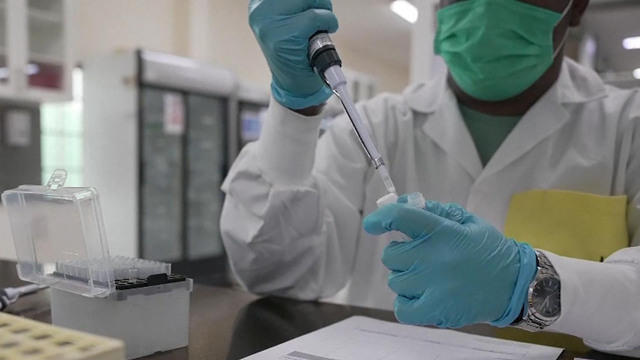 However, drugmakers say they are still working to assess the impact of the new variant on their vaccines. Moderna, Johnson & Johnson, and Pfizer and BioNTech all say they are ramping up development of potential new versions of their vaccines in case changes are needed to respond to Omicron’s mutations.

So far, early findings from real-world studies and laboratory experiments suggest that the vaccine booster shots right now do not need to be changed, Fauci said.

Changing the strain targeted by the shots could benefit countries that are still vaccinating large swaths of their populations, and are months away from booster shots.

Some vaccinated Americans might need additional booster shots to increase their protection. One study from NIH-backed scientists in Massachusetts, that has not yet been peer-reviewed, suggested that recipients of Johnson & Johnson’s vaccine who received a single booster “may benefit from additional mRNA vaccine doses” to broaden their protection.

How dangerous is the new variant?

Early data from South Africa suggests patients face a lower risk of hospitalization from Omicron, though it’s unclear if that’s because the variant is milder than earlier waves or because more people have some immunity from prior infections. It is not yet known whether the same trend will hold up in other countries.

The first cases seen in the U.S. were largely in younger vaccinated travelers, who may be healthier than the general population, the CDC cautioned on December 10.

Dr. Fauci, the president’s chief medical adviser, said on December 7 that figures from South Africa on hospitalizations appeared promising, but he and other experts have pointed to factors that could distort comparisons to prior waves: cases tend to be younger and may have widespread immunity from vaccines or from surviving a prior infection.

In South Africa, where the country has reported an unprecedented surge of infections driven by the variant, officials are investigating a “sharp increase” of cases in hospitalized younger children not seen in previous waves. Cases have largely been in younger South Africans, though officials say hospitalizations could climb as infections spread to older adults.

Health authorities around the world are warning that the sheer number of cases resulting from the rapid spread of the strain could be enough to overwhelm the health care system on top of a Delta variant surge that has already strained hospitals.

“Omicron is spreading at a rate we have not seen with any previous variant. We’re concerned that people are dismissing Omicron as mild. Surely we have learned by now that we underestimate this virus at our peril,” Dr. Tedros Adhanom Ghebreyesus, the head of the World Health Organization, told reporters on December 14.

Has anyone died from the Omicron variant?

On December 20, health officials in Texas reported the nation’s first known death linked to Omicron. The man was in his 50s, unvaccinated, had underlying health conditions, and had previously survived a case of COVID-19.

More U.S. COVID-19 deaths caused by Omicron may have gone undetected, since not every case is sequenced by laboratories to determine what variant caused their infection.

Other countries that have seen a surge in Omicron cases outside of Africa have already reported deaths as well. In England, health authorities said on December 20 that 14 deaths had so far been linked to the variant.

While health officials have sounded optimistic that Omicron might lead to a smaller proportion of deaths than in previous waves, as has been seen in South Africa, the variant’s steep transmissibility suggests the sheer number of cases could still lead to many more deaths.

Spokespeople for Merck and Pfizer both say they believe their antiviral pills, which have been hailed as potential game-changers in the fight against the virus, will likely remain effective against Omicron. Pfizer’s drug, Paxlovid, was granted FDA authorization on December 22.

On December 16, AstraZeneca said early laboratory studies by the Food and Drug Administration showed that its drug Evusheld “retained neutralising activity” against Omicron. Earlier research had suggested that the drug, which works to shield severely immunocompromised Americans and others who cannot get immunity from vaccines, might lose its potency against Omicron.

Regeneron and Eli Lilly say they are still working to study the impact of Omicron on their antibody treatments. Several early findings, which have not yet been peer-reviewed, by scientists from Japan to Germany have raised questions over whether either company’s drugs will be able to effectively treat patients with Omicron.

Regeneron said on December 16 it was working on “next generation” monoclonal antibodies that could effectively treat Omicron cases, acknowledging that its current antibodies “have diminished potency against Omicron.”

Eli Lilly’s treatment, bamlanivimab and etesevimab, had previously faced pauses by the Biden administration over concerns it might not be effective against another variant of concern.

On December 4, Dr. John Brooks, the CDC COVID-19 response team’s chief medical officer, said federal health officials were weighing whether to switch to a monoclonal antibody that “might be more pan-sensitive, so it gets all variants.”

“We’re watching closely to see where Omicron crops out, how quickly it spreads, and if there’s a need to switch,” Dr. Brooks told a webinar hosted by the Infectious Diseases Society of America.

Where did Omicron come from?

The sample of the first announced Omicron case was detected in South Africa on November 22. It has since been identified by the country’s health authorities in samples there dating back to November 8, the CDC said.

Several other countries have since announced finding cases dating back to before Omicron’s public emergence in late November.

The earliest case reported to GISAID, a global database tracking SARS-CoV-2’s evolution, from laboratories in the United States dates back to a sample from Maryland dated November 21. On December 10, CDC said the earliest U.S. case discovered so far had symptoms on November 15 “in a person with a history of international travel.”

Omicron appears to have evolved separately from the Delta variant, descending from another strain that appeared in mid-2020. Some scientists speculate it may have accumulated so many changes while evolving for months in animals or an immunocompromised person.

“The Omicron variant is the most divergent variant that has been detected in significant numbers during the pandemic so far which raises serious concerns that it may be associated with significant reduction in vaccine effectiveness and increased risk for reinfections,” European health officials said on November 26.