CORONAVIRUS UPDATES: DC to offer walk-up vaccines for teens | How DC chief is incentivizing vaccination | What to know about travel | DC region's vaccination progress | Sign up for WTOP's pandemic newsletter
Home » Coronavirus » How the US hit…

How the US hit its vaccine stride

The US is now vaccinating its population at five times the rate of the global average, but that doesn't mean the rollout here didn't have its challenges. Dr. Sanjay Gupta explores how the US was able to overcome a frustratingly slow start to getting millions of doses administered every day.
Listen now to WTOP News WTOP.com | Alexa | Google Home | WTOP App | 103.5 FM

With an average of 3.1 million doses of Covid-19 vaccine administered each day, the United States is on pace to hit another vaccination milestone: Half of adults in the country are expected to have received at least one dose of the vaccine by the end of this week.

This signals remarkable progress especially if you consider that at the end of December, less than 3 million doses had been administered in total and governors were crying out for more supply.

So, while hiccups and hurdles remain, Claire Hannan, executive director of the Association of Immunization Managers, says the “all hands on deck approach,” has finally started paying off.

“I said a quick prayer.” That was Hannan’s reaction when she first heard that the US would need to distribute and administer vaccine doses by the millions.

The word unprecedented has been used a lot throughout this pandemic, but when Hannan added up each piece that needed to fall into place for the program to be a success, there’s no better word.

Then there are the smaller details. Hannan said if you simply think of the amount of vaccine that sites are receiving — one shipment of the Pfizer/BioNTech vaccine has more than one thousand doses — that in itself poses a challenge. It contrasts with the usual vaccine programs for children when doses are ordered in increments of 10.

Hannan said one of the biggest factors that has contributed to the US success is the simple fact that the vaccine supply has increased.

Early on, this resource seemed scarce, but manufacturers have figured out how to scale up.

Now, more than 100 million doses of Pfizer/BioNTech and Moderna’s vaccines have been delivered to states and each company has promised hundreds of millions more by the summer.

Johnson & Johnson has been more of a slow starter, but the company says it’s confident it can deliver 100 million doses by May.

But manufacturers have also tried to drill down on the little details to help smooth out vaccination efforts.

You may remember that the vials were labeled to contain five doses of the vaccines, but then some pharmacy technicians realized they could extract six doses per vial.

Pfizer was able to come up with several syringe combinations to make sure the full six doses were extracted, automatically increasing the supply.

Pfizer has also worked to get approval for its vaccine to be stored at less cold temperatures for a two-week period. “This alternative temperature for transportation and storage of the undiluted vials is significant and allows the vials to be transported and stored under more flexible conditions,” Dr. Peter Marks, director of the FDA’s Center for Biologics Evaluation and Research.

And later this year, Pfizer plans to submit a new formulation of its vaccine that would not require the addition of a diluent, removing one step in the process for those administering vaccines.

While there have been examples of states improving their vaccination efforts, Hannan says there has not been a single strategy that has worked across the board.

That difference can impact how states may view vaccination success.

For example, a CNN analysis determined that New York and North Dakota will be the first to vaccinate all willing adults, but this is for very different reasons.

New York has one of the fastest rollouts in the country, vaccinating almost 1% of its population per day, but it needs to move that fast since demand is high. At least 85% of adults in the state say they’ve been vaccinated or plan to.

North Dakota is vaccinating more slowly, but it has a higher rate of vaccine hesitancy. Around 68% of adults in that state say they’ve been vaccinated or plan to, meaning the end goal is going to be lower.

In the beginning, healthcare workers and long-term care residents were the priority, a strategy Hannan agrees with, but she also said this caused things to move more slowly at first because that strategy was more methodical.

“In a lot of respects, it was slower than we thought. It was slower than anybody wanted. Obviously, we’re in a pandemic. But I do think we did very well. And we certainly learned from our mistakes.”

There also have been improvements in the scheduling tools, Hannan said.

“Every week, there’s just been an improvement to the scheduling systems. There’s obviously been a lot of hiccups, I think many of us have had to deal with the chaos of trying to find an appointment. But little things like that have made it easier.”

As the Biden administration seeks to open eligibility to everyone 16 and up by the end of the month, Hannan says it will be important to maintain momentum.

“If you’re not staying ahead of that, you could snap your fingers and all of a sudden, you’ve got people waiting and you haven’t gotten them scheduled,” Hannan said.

But even with eligibility being thrown wide open, Dr. Scott Gottlieb, former commissioner of the US Food and Drug Administration and a current board member at Pfizer, said the US is approaching a point where supply will outweigh demand in a matter of weeks.

“I think a lot of states are going to see themselves with excess supply and excess appointments, so it’s going to be a shame to look back, and in retrospect realize, that we probably should have put more vaccine into some of these hotspots to snuff them out earlier,” he said on “Face the Nation” Sunday.

While Hannan says the US has found great success vaccinating those who want it, the biggest challenge moving forward will be reaching the parts of the population that may be hesitant or have simply not made an effort to get vaccinated. And that will take an entirely different strategy. 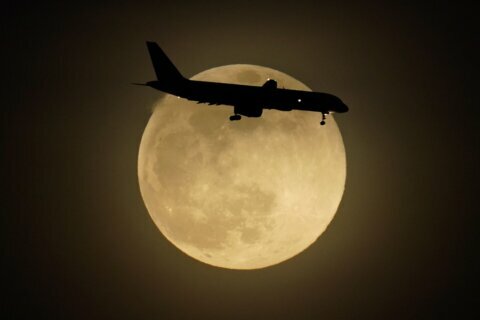