Millennials are more likely than older generations to be enticed by extravagant credit card sign-up bonuses — of either cash or travel credit — than other credit card perks, and it may not be the best route to tackle their "sorry state" of debt.
Listen now to WTOP News WTOP.com | Alexa | Google Home | WTOP App | 103.5 FM

Millennials are more likely than older generations to be enticed by extravagant credit card sign-up bonuses — of either cash or travel credit — than other credit card perks, and it may not be the best route to tackle their “sorry state” of debt.

According to a report from CreditCards.com, 36% of millennials say a sign up bonus of $500 in cash or $1,200 in travel credit is more alluring than 3% cash back on all purchases, 0% interest on new purchases for 18 months or 0% interest on balance transfers.

Millennials went for the sign up bonuses while older adults (ages 38 and older) went for either zero interest or cash back, said CreditCards.com industry analyst Ted Rossman. Rossman said this may not be the wisest choice when trying to get rid of debt.

“You have to pay your credit card bills in full before you start chasing rewards,” Rossman said, explaining that the average interest rate is at a record high at 18%. “It doesn’t make sense to get 3% cash back or even four or five travel points per dollar if you’re paying 18% in interest. … There are a lot of people who aren’t putting their interest rate first when they should be.”

Millennials have racked up more than $1 trillion of debt, an increase of more than 22 percent in the last five years, according to a recent report from the New York Federal Reserve.

People ages 18 through 29 have accrued more than $370 billion in student loan debt, but older Americans have even more mortgage debt, according to a study by MarketWatch.

“Millennials are more likely to talk about debt than older adults and I think there is that student loan tie-in — it’s so universal among millennials,” Rossman said.

Rossman explained that the credit card act of 2009 limited credit card companies from advertising to younger consumers (those under 21) who may not have been aware of the risks of credit cards.

“In some respects, it’s made it too difficult for young adults to get credit,” Rossman said, explaining that it deters young people from first getting a credit history. “That’s maybe a bit of an unintended consequence.”

Rossman explained that Experian Boost and UltraFico are examples of the companies trying to tackle that and give people credit if they’ve paid their cellphone bill on time, other utilities and if they have enough money in the bank.

“In general, a greater consciousness about debt is a good thing,” Rossman said.

The 3% cash back perk was the most alluring feature for 31% of all Americans, followed by a large sign-up bonus (either a $500 cash or a $1,200 travel credit), according to the CreditCards.com report.

Rossman said people tend to gravitate toward cash back because of its simplicity.

“Who couldn’t use a little more cash? 3 percent on everything is a really good deal,” Rossman said, adding that travel cards may involve additional steps, such as planning a vacation and covering out-of pocket expenses if the consumer hasn’t racked up enough travel points.

CreditCards.com’s report state that 57% of millennials have taken at least one trip that involved a flight or hotel stay in the last year compared with 48% of older adults — which may explain why more millennials (14%) said travel points are the most attractive perk compared to only 9% of people who are older who said the same.

Rossman said that choosing a credit card is all based on the individual’s lifestyle and what they’re consuming. When shopping for credit cards, Rossman said consumers should consider two questions: How do I spend my money and what do I want to get out of rewards?

“How you spend your money is important; different cards have different bonus categories and different thresholds,” Rossman said. “It comes down to personal circumstances. If you pay your bills in full, these rewards cards have a lot of great options for you.”

Rossman suggested that consumers should compare the different perks available and talk to friends and family that may have similar lifestyles to find the most suitable credit card. Millennial Money: Break free of debt without paying a price

‘Money is on our minds’: Millennials attempt to stay afloat amid student loan debt 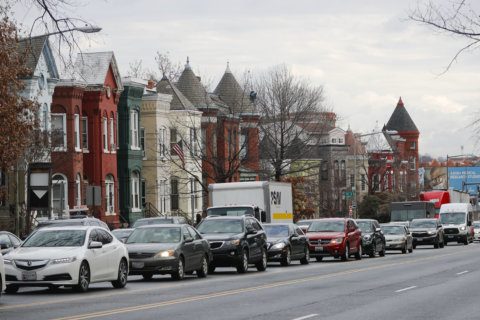 ‘I don’t know if what I’m doing is right’: DC-area millennials face barriers to retirement planning