Democratic Sen. Raphael Warnock and Republican challenger Herschel Walker will meet in a Dec. 6 runoff in Georgia after neither reached the general election majority required under state law, ensuring an expensive, bitter fight that could still determine which party controls the Senate going forward.

It will be the second runoff for Warnock, who first won his seat in a Jan. 5, 2021, special election runoff alongside Democrat Jon Ossoff’s victory in a concurrent Senate runoff. Together, the Georgia seats gave Democrats the narrow majority they are now defending.

Whether Georgia becomes a winner-take-all a second time will depend on other contests that are still pending; Arizona and Nevada are the two most closely watched because Republicans are trying to oust Democratic incumbents.

Walker, 60, sought Wednesday to play up the possibility that Georgia will tilt the chamber one way or the other. “Control of the Senate is likely at stake,” Walker’s campaign wrote in a fundraising push. “We don’t have a moment to waste.”

Warnock, 53, acknowledged the likelihood of a runoff in the wee hours of Wednesday morning as he urged the supporters who remained at his election night party to gird themselves for more.

“I understand that at this late hour you may be a little tired, but whether it’s later tonight or tomorrow or four weeks from now, we will hear from the people of Georgia,” the senator said.

Regardless of the Senate’s partisan balance, Round 2 in Georgia will test again whether voters are more concerned about the economy under Democratic control of Washington or the Republican candidate’s rocky past, from Walker’s exaggerations of his business and personal achievements to allegations of violence against his family and accusations that he paid for the abortions of two women he dated despite his public support for a national abortion ban.

Walker tried throughout the general election campaign to frame a referendum on national Democrats, caricaturing Warnock as a yes-man for President Joe Biden amid sustained inflation. The former college and professional football star campaigns as a cultural and fiscal conservative but has offered a scant policy agenda should he be elected.

Warnock, in turn, has distanced himself from Biden. The senator styles himself as a pragmatist in a partisan era. He’s touted deals with Republicans on infrastructure, agriculture and other matters, while emphasizing measures he sponsored to cap insulin and other drug prices for Medicare recipients. Warnock also framed Walker, a celebrity athlete making his first bid for public office, as unqualified and unfit for high office.

The four-week sprint also could lure former President Donald Trump into the fray. In the final weeks of the campaign, Trump held rallies in several battleground states, recycling his false claims that the 2020 loss was fraudulent and teasing the possibility of a 2024 presidential run.

Walker is a close friend of Trump’s and got into the race at the former president’s urging, but Walker hasn’t campaigned with Trump thus far, saying he wants to win on his own.

Much of the runoff’s framing remains up in the air as long as other results are pending. If Democrats hold Arizona and Nevada to keep their majority even without Georgia, Warnock might have an easier time making the contest a localized choice between himself and Walker. But if the Senate hangs in the balance, Walker might more easily put Warnock on the defensive about the national implications he’s tried to avoid for months.

Returns in other Georgia races reveal the distinction between those two scenarios. By trailing Warnock in the first round, Walker ran considerably behind Gov. Brian Kemp, a Republican who was reelected comfortably despite a formidable challenge from Democrat Stacey Abrams. That suggests plenty of Georgia voters, including many Republicans, supported Kemp but were unwilling to vote for Walker.

Walker’s advisers did not immediately respond to Associated Press inquiries about his runoff approach. Walker hasn’t taken media questions at campaign events since a second woman accused him of paying for her abortion.

Nearly 6 in 10 voters said Warnock has the right background to serve as a senator, according to AP VoteCast, an expansive survey of more than 3,000 voters in the state. Only about 4 in 10 said the same about Walker. The state’s voters also were more likely to say that Warnock has strong moral values, with roughly half of voters saying so about the senator. About 4 in 10 voters said the same about Walker.

The runoff could turn on whether Walker can overcome voters’ concerns by capitalizing on their angst about the economy.

Nearly half of Georgia voters say the economy is the most pressing issue facing the country, according to VoteCast. Rising costs were named as a top concern among the state’s voters, with roughly 9 in 10 saying the inflated prices of groceries, gas and other goods were an important factor in their votes.

A runoff promises to be intensely personal, as well.

Both men’s former wives already have been featured in television and online advertisements making accusations against their former husbands.

Warnock has cast Walker as a “pathological liar” because he has exaggerated or misrepresented “basic facts of his life.” Warnock mocks Walker for carrying an honorary badge given to him by a Georgia sheriff as he claims falsely to have been a law enforcement officer.

Walker, in turn, has sought to discredit Warnock’s credentials as a minister. He points to Warnock’s support of abortion rights and an Atlanta apartment building overseen by Warnock’s church that at one time apparently attempted to evict some residents. Warnock denies any resident was evicted. Walker also notes Warnock began receiving a $7,000-plus monthly housing allowance after becoming a senator from Ebenezer Baptist Church in Atlanta, where he is the senior minister, an arrangement that allows Warnock to receive a significant sum from the church while still complying with Senate ethics rules that cap senators’ outside income. 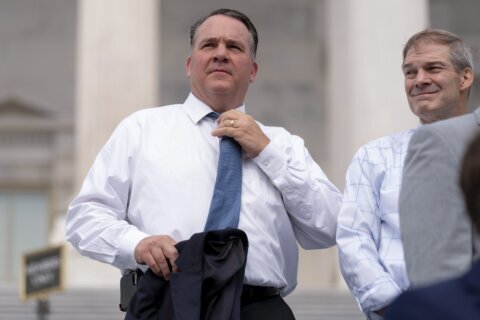 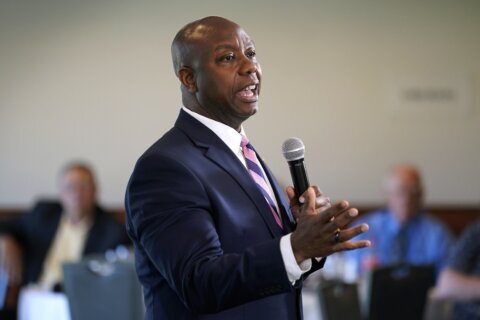 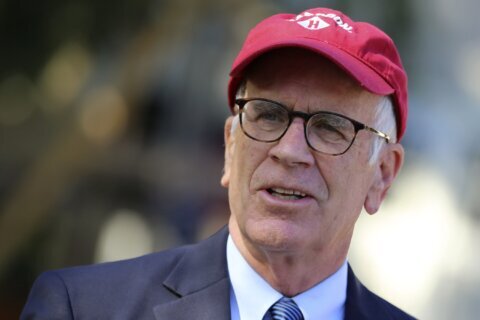 Welch moves from House to Senate to succeed Leahy in Vermont