Looming over Senate Democrats this year is a decision that could fundamentally change Congress: whether to change or eliminate the rules of the filibuster to enact President Joe Biden's agenda.
Listen now to WTOP News WTOP.com | Alexa | Google Home | WTOP App | 103.5 FM

WASHINGTON (AP) — Looming over Senate Democrats this year is a decision that could fundamentally change Congress: whether to change or eliminate the rules of the filibuster to enact President Joe Biden’s agenda.

Liberal advocates have pushed hard for the change, urging the Senate to modify or eliminate rules that now require a vote by 60 of the 100 senators to advance most bills. Many Democrats are on board, arguing that Republicans are determined to block almost every one of their priorities in the 50-50 Senate even though Democrats hold Congress and the presidency. But others in the party are wary, fearing it will end bipartisanship in the Senate.

Yet most of the skeptical Democratic senators say they are ultimately open to some changes to the rules if Republicans won’t negotiate on their major policy goals, particularly legislation — filibustered by Republicans just last week — that would overhaul elections and make it easier to vote.

The two biggest Democratic obstacles to filibuster changes, for now, are Sens. Joe Manchin of West Virginia and Kyrsten Sinema of Arizona. Both have reiterated their opposition in recent weeks. A simple majority can change the Senate’s rules, but getting all 50 Democrats to agree could prove difficult.

Changes won’t come easily, and it could be months or more before Democrats decide what to do.

Some senators to watch as Democrats ponder a consequential vote:

Manchin has been a defender of the filibuster for many years, and he has stuck to that position as many of his Senate colleagues have shifted on the issue. Manchin said in an op-ed in the Charleston Gazette-Mail earlier this month that he could not explain to voters in his state, increasingly dominated by the GOP, why he was “blowing up the Senate rules to expedite one party’s agenda.”

Still, he has not completely ruled out changes. Earlier this year, he suggested he might be open to the “talking filibuster,” requiring senators to slow a bill by holding the floor, but then grants a simple majority vote if they give up. It’s unclear if other senators would be open to that option, and enacting it could prove complicated.

Sinema has said it is time to debate the legislative filibuster. But she has also made a persuasive case against eliminating it.

Narrowly elected in 2018 to represent her swing state, Sinema has vowed to be independent-minded and to work with Republicans. She wrote in a Washington Post op-ed this month that bipartisan cooperation is the best way to achieve lasting results, and that eliminating the filibuster would enable temporary victories that would be constantly reversed when the other party takes power.

She said removing the filibuster could increase “the likelihood of repeated radical reversals in federal policy, cementing uncertainty, deepening divisions and further eroding Americans’ confidence in our government.”

Carper, a 20-year veteran of the Senate, has been reluctant to consider nixing the filibuster and has repeatedly pointed to bipartisan successes to argue for keeping it. But he said in an interview with The Associated Press on Thursday that “it could be an option.”

Carper said senators should not be able to “phone it in” when they want to block a bill, like they can now. Senators should have to “actually stand there and filibuster,” he said.

For now, he says, he’s following negotiations on the elections bill to see if there can be compromise. But he says that if something “that important” falls apart in the end, “and we’re unable to make progress to better ensure people’s ability to vote and register to vote,” then the Senate might have to change the rules.

“But that would not be my first option, that would be my last option,” Carper said. “But it could be an option.”

Coons has made a name for himself by touting bipartisanship, though he rarely bucks his party.

In recent interviews, he has argued both sides of the filibuster question.

He told NPR last week that “we have to strike a balance” and noted that Republicans did not change the legislative filibuster rules on legislation when they controlled Congress and the presidency just four years ago.

But, he said, “I won’t stand by this entire Congress and watch President Biden’s agenda blocked, so I think this is an important moment of decision for Republicans.”

One of the quieter and more policy-focused members of the Senate, Reed has said very little about the filibuster rules. In a statement, he was not fully forthcoming on the issue but hinted that he’s in line with other Democrats who have said it is a last resort.

“I’m focused on the Senate passing legislation that addresses the pandemic, the economy, our defense and our environment,” he said. “The onus is on Senate Minority Leader (Mitch) McConnell. He can either be a constructive part of that effort or create a wall of partisan obstruction and further threaten the Senate’s traditions.”

Kelly, who won a special election to replace the late Sen. John McCain in 2020, must run for reelection in 2022 and will face inevitable comparisons to Sinema.

Feinstein, who has been in the Senate for nearly three decades, has long been a champion of bipartisanship and has opposed eliminating the filibuster. But that is out of line with her deeply blue state.

In recent comments, she has said she may be open to changes.

“I’ve received many calls and letters from constituents and groups that are frustrated by the lack of action in the Senate on important issues, and I agree with them,” she said in a statement. “I understand their concern and I’m giving the matter a lot of thought. I look forward to continued discussions with my colleagues on how to solve problems for the American people.”

Shaheen, a former New Hampshire governor who often works across the aisle, said on a New Hampshire radio show Friday morning that she thinks the filibuster should be reformed but “I have reservations about eliminating it.” She did not say what reforms she favors.

“Everything from reproductive rights to support for education to health care would be on the line if we eliminate the filibuster entirely,” Shaheen said. “So I think we really need to be thoughtful about that.”

King, an Independent former Maine governor who caucuses with Democrats, said Thursday that “I haven’t given up” hope that Democrats and Republicans can find compromise on major issues.

In a March op-ed in The Washington Post, King said he had long been wary of changing the filibuster rules. “The reality is that once the filibuster is gone, it will never come back,” he wrote. “Why would a future majority ever impose such a limitation on its own power?”

Still, he said, that only works if Republicans are willing to find agreement over obstruction. And he said voting rights are a “special case” as many GOP-led states have moved to change voting laws.

“All-out opposition to reasonable voting rights protections cannot be enabled by the filibuster; if forced to choose between a Senate rule and democracy itself, I know where I will come down,” King wrote. 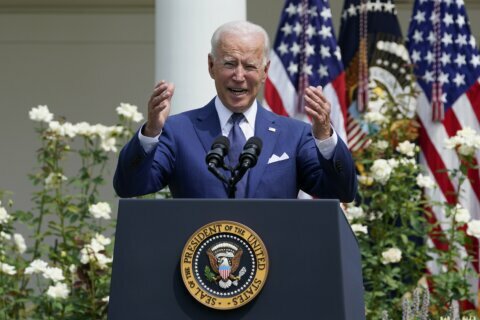 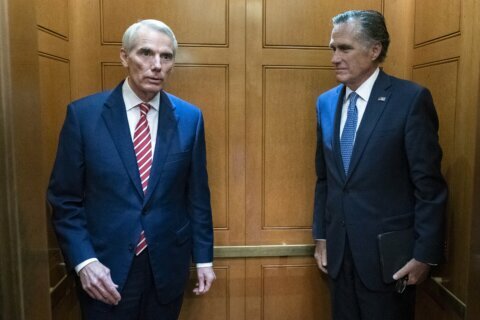