CORONAVIRUS NEWS: Prince George's Co. vaccine update | US to spend $3.2B on treatments | How many vaccinated in DMV?
Home » Congress News » EXPLAINER: How Congress' Jan.…

An independent commission to study the Jan. 6 Capitol insurrection would be modeled after a similar panel that studied the 9/11 terrorist attacks and has long been hailed as a bipartisan success. Here's a look at the facts of the proposed Jan. 6 commission, and the politics surrounding it.
Listen now to WTOP News WTOP.com | Alexa | Google Home | WTOP App | 103.5 FM

WASHINGTON (AP) — An independent commission to study the Jan. 6 Capitol insurrection would be modeled after a similar panel that studied the 9/11 terrorist attacks and has long been hailed as a bipartisan success.

But bipartisanship isn’t always popular these days, especially in the wake of the deadly siege by a mob of former President Donald Trump’s supporters, which has left tensions between the two parties more raw than ever on Capitol Hill.

Democrats and Republicans who support the idea are struggling to push a bill that would create the commission to the finish line. The House passed it easily, with 35 Republicans signing on. Its fate is less clear in the evenly divided Senate, where Senate Minority Leader Mitch McConnell has said he will vote against it. McConnell called the bipartisan panel “slanted” and “unbalanced” and said that Democrats had negotiated in bad faith.

A look at the facts of the proposed Jan. 6 commission, and the politics surrounding it:

Republicans have tried to paint the commission as partisan, even though the bill passed by the House would give Republicans and Democrats an equal number of members. House Republican Leader Kevin McCarthy, who opposed the legislation, has called it “the Pelosi commission,” after House Speaker Nancy Pelosi.

The final version was changed from Pelosi’s first draft, in which Democrats would have appointed more members and had sole subpoena power.

Some Republicans, including McConnell and Maine Sen. Susan Collins, have raised objections to the way the panel would appoint staff, suggesting it would make the panel unbalanced. The legislation calls for the chairperson to hire staff “in consultation with the vice chairperson, in accordance with rules agreed upon by the commission.”

Pelosi suggested Thursday that if staff is Republicans’ biggest problem, it’s easily solved. “Of course they can hire staff,” Pelosi said of the Republican commissioners. “That’s never even been a question.”

The early draft of the bill by Pelosi included a series of findings that quoted FBI Director Christopher Wray saying that racially motivated violent extremism, and especially white supremacy, is one of the biggest threats to U.S. security. Some of the rioters supportive of Trump were linked to white supremacist groups.

Republicans immediately objected to the language. They also disagreed with the legislation’s broad latitude to investigate the causes of the insurrection, saying that it should also be focused on other types of violence in the country, including riots in cities after the death of George Floyd at the hands of police last summer.

McCarthy and McConnell have each suggested in recent months that they might be open to a commission. McCarthy sent Pelosi a letter in February saying that any legislation to form the panel should have commissioners evenly divided by party, equal party signoff on subpoena power and no predetermined findings or conclusions — all of which were satisfied in the final bill. McConnell signaled he might be willing to vote for it just days ago, saying on Tuesday that he was “open” to the bill.

By Wednesday, both men had come out against it, and rank and file Republican senators gave a variety of shifting explanations for why they opposed it. Many said they had not read it.

Even as the House passed the bill with the support of almost three dozen Republicans, it became clear that it will be difficult for Senate Democrats to win the 10 GOP votes they will need for passage. Several Senate Republicans now say they believe the commission would be duplicative because two Senate committees are conducting their own bipartisan investigation.

Still, some support it.

The Republicans’ evolving positions came as Trump came out against the panel, calling it a “Democrat trap.”

Most congressional Republicans remain loyal to the former president, even after he told his supporters that day to “fight like hell” to overturn his defeat and to march to the Capitol as Congress certified Biden’s win. The rioters brutally beat police officers and broke into the Capitol through windows and doors, sending Republicans and Democrats alike running for their lives.

While most Republicans condemned the rioters that day and many criticized Trump for his role in it, some Republicans have begun to downplay the violence. This has frustrated Democrats and even some in their own party who want to see a full accounting of what happened.

“I encourage all members, Republicans and Democrats alike, to put down their swords for once, just for once, and support this bill,” Katko said before the House approved the measure.

Pelosi has suggested she is playing a long game in trying to form a commission, reminding reporters on Thursday that it took more than a year to pass legislation creating the 9/11 panel almost two decades ago. “It takes time,” she said.

Pelosi has suggested that Democrats may form their own separate panel in Congress to investigate the riots if they can’t get a commission. But she’s made clear she’d prefer a bipartisan, independent body.

At the White House, press secretary Jen Psaki said “we’re not at that point yet” when she was asked about the possibility of a partisan congressional panel doing the work.

“The attack on the Capitol on Jan. 6 was an unprecedented assault on our democracy,” Psaki said, reiterating Biden’s support for the commission. “It demands a full, independent investigation into what happened.” 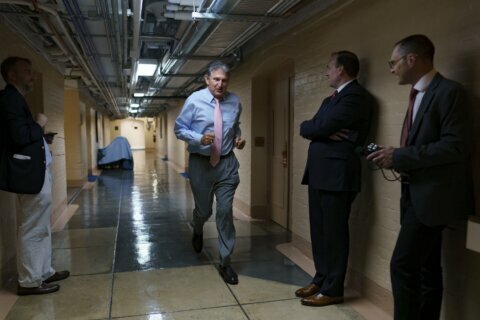 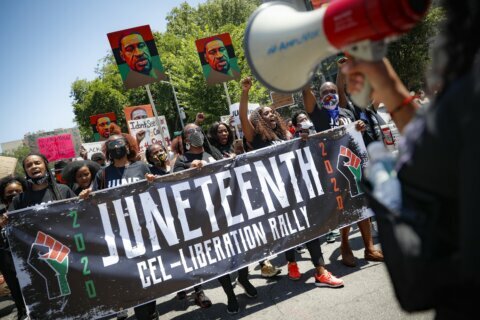