WASHINGTON (AP) — Democrats are revising key sections of their sweeping legislation to overhaul U.S. elections, hoping to address concerns raised by state and local election officials even as they face daunting odds of passing the bill through Congress.

The changes would give states more time and flexibility to put new federal requirements in place after some election officials complained that the proposed timelines were burdensome. The bill would be the largest overhaul of U.S. elections in a generation and touches on almost every aspect of the electoral process.

The tweaks are a small step forward for Democrats, who have said the legislation is a top priority while they hold Congress and the presidency. President Joe Biden has said the bill — which would create automatic voter registration nationwide, promote early voting, require more disclosure from political donors and restrict partisan gerrymandering of congressional districts, among other changes — would “restore the soul of America” by giving everyone equal access to the vote.

The legislation faces an uncertain future in the evenly split Senate, however. Republicans are universally opposed and argue it is a federal overreach designed to cement Democratic majorities. And Democrats themselves are not united on the measure, as West Virginia Sen. Joe Manchin has not yet signed on.

As one of Biden’s top priorities, the legislation could eventually prompt Senate Majority Leader Chuck Schumer to try to change filibuster rules that require 60 votes to pass most bills in the Senate. But the party is not yet united on that move, either, and a decision about what to do isn’t expected soon.

Still, Democrats are moving forward on the legislation in hopes that they will ultimately find a way to pass it. The House approved its version of the 800-plus-page measure in March, and the Senate Rules Committee is expected to vote on it next week.

The revisions to the bill, which would be adopted through the committee process, would extend deadlines for certain election and voting changes, ease requirements and add waivers in some cases.

Democrats hope the changes will shore up support among some state and local election officials who worry that a few of the voting reforms could be costly to implement. They also said some of the deadlines were unrealistic. For instance, Democrats are planning to drop the requirement that local election offices provide self-sealing envelopes with mail ballots and cover the costs of return postage.

Instead, Democrats plan to require the U.S. Postal Service to carry mail ballots and ballot request forms free of charge with the federal government picking up the tab.

The bill, known as the For the People Act, has long been a priority for Democrats. They say a recent round of restrictions pushed by Republican state lawmakers in states like Florida and Arizona underscores the importance of Congress enacting minimum standards for elections.

“Time is of the essence,” said Sarbanes, a Democrat from Maryland. “We must advance this widely supported and transformational democracy reform package.”

In the updated bill, states could apply for an extension to start automatic voter registration and would have more time to implement same-day registration at polling places and comply with new voting system requirements. Some election officials had complained the previous deadlines were unrealistic.

The new version also provides smaller jurisdictions some flexibility when it comes to meeting the requirement to provide 15 days of early voting, and it no longer mandates early voting on the Monday before an election. Some election officials had said they would prefer to use that day to prepare for in-person voting and instead start early voting a day earlier.

Democrats also amended a requirement that election officials give voters 10 days to fix an issue with their ballot signature. Some officials said the mandate could interfere with their ability to meet state deadlines to certify elections. The revised bill would require election officials to provide at least a three-day window after ballots are due. 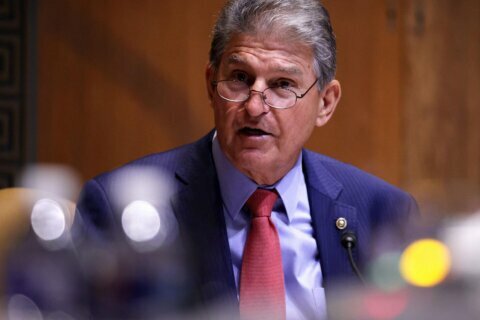 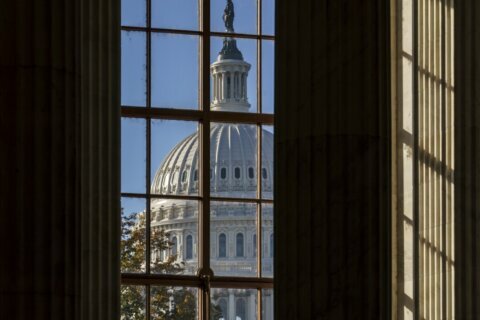