Legislation is being brought back to Congress in the hopes of having a statue of famed Maryland abolitionist Harriet Tubman at the Capitol.
Listen now to WTOP News WTOP.com | Alexa | Google Home | WTOP App | 103.5 FM

Legislation is being brought back to Congress in the hopes of having a statue of famed Maryland abolitionist Harriet Tubman at the U.S. Capitol.

“Harriet Tubman is an American hero and Maryland is proud to call her a daughter of our great state,” Van Hollen said.

Tubman, who was born in Dorchester County, escaped slavery and risked her life time and time again to lead friends and family out of slavery through the Underground Railroad.

“Every American should know her name – and her conviction and courage in fighting the evil of slavery. During the Civil War, she served as a Union nurse and spy, and later in life, she was a strong advocate for women’s suffrage,” Van Hollen said.

“Bringing this statue to the United States Capitol will help honor her heroic fight for freedom and equality and ensure more Americans know her role in our history. I’m proud to reintroduce this legislation today, in recognition of Harriet Tubman Day, and I will keep pushing until the Harriet Tubman statue is placed in the Capitol.”

“Harriet Tubman is an iconic figure in our nation’s history, for whom liberty and freedom were not just ideas. Her courageous story is one that must be told in the halls of Congress and with every visitor to the U.S. Capitol from across the country and around the globe,” Cardin said.

The Maryland General Assembly passed legislation back in 2012 to create the Harriet Tubman Statue Commission. Its goal was to fundraise and commission an artist to sculpt a statue to donate for display at the Capitol.

However, in order to accept the donation when it’s complete, Congress has to pass legislation to agree to do so.

Maryland, where you will find the Harriet Tubman Underground Railroad Visitor Center and 125-miles of a byway honoring her, celebrates Tubman’s 200th birthday in 2022. 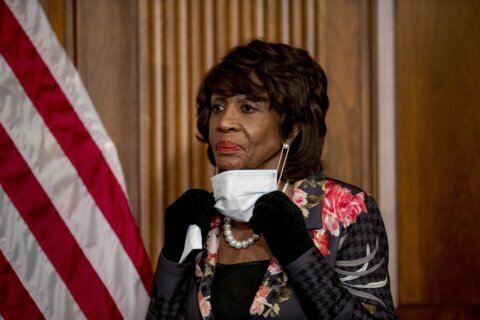