How to watch Congress count the Electoral College votes

The counting of the Electoral College votes by Congress is usually a fairly brief and dry affair, but that may not be the case Wednesday. Watch the count.
Listen now to WTOP News WTOP.com | Alexa | Google Home | WTOP App | 103.5 FM

The counting of the Electoral College votes by Congress is usually a fairly brief and dry affair that results in the formal declaration of the winner of the presidential election. This year, though, the process is expected to take hours longer.

During the count on Wednesday, the last step in the election process before President-elect Joe Biden is inaugurated on January 20, a number of House and Senate Republicans intend to object to the outcome of the election in some battleground states. Should there be a Senator and a House member who object to a state’s count, the Senate and House would meet separately to debate the objection and vote on whether to count the state’s votes. None of the objections are expected to find majority support.

How to watch Congress count the Electoral College votes

At the same time, thousands of President Trump’s supporters are expected to gather in Washington, D.C., hoping that he might somehow prevail, though the numerous recounts and court decisions against Mr. Trump have only solidified Mr. Biden’s win.

President Trump claims that Vice President Pence, the president of the Senate, can overturn the election results, but neither the Constitution nor established law confers that power on him.

“I hope Mike Pence comes through for us,” Mr. Trump said at a rally on Monday. He also tweeted Tuesday that Pence “has the power to reject fraudulently chosen electors.” There is no evidence the electors were chosen fraudulently, and the 12th Amendment suggests that Pence’s powers are really more ceremonial. He “shall, in the presence of the Senate and House of Representatives, open all the certificates, and the votes shall then be counted.”

If Pence is absent during any part of Wednesday’s session, Senator Chuck Grassley, the president pro tempore of the Senate, will preside. In 1969, Vice President Hubert Humphrey declined to preside when President Richard Nixon won the election.

Senator Josh Hawley of Missouri said he plans to object to the results of states that he says failed to follow their own state election laws, singling out Pennsylvania, for instance. Texas Senator Ted Cruz is leading another group of 11 senators in a separate challenge.

In the House, estimates of the number of representatives who will object to state-certified results run as high as 140, a number that appeared in a lawsuit filed by Texas Congressman Louie Gohmert. House Speaker Nancy Pelosi will preside over any debate over objections, a senior Democratic aide told CBS News. Pelosi has tapped Representatives Adam Schiff, Zoe Lofgren, Jamie Raskin and Joe Neguse to lead the response to objections debated during House sessions, the senior Democratic aide said.

In 2005, Senator Barbara Boxer of California and Congresswoman Stephanie Tubbs Jones of Ohio, both Democrats, objected to the electoral votes cast in Ohio, citing voting irregularities. Both chambers, however, overwhelmingly rejected their objection, and Ohio’s electoral votes for President George W. Bush and Vice President Dick Cheney were counted. 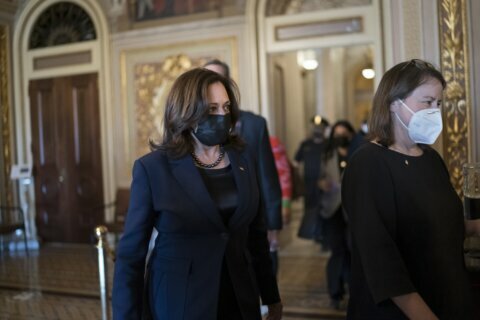