U.S. Sen. Ben Cardin, D-Md., called on Congress to move ahead Wednesday on his bill to prevent racial and religious profiling, in a week when his native Baltimore has been repeatedly attacked by President Donald Trump for its high crime rate.

“We want to get it passed now. It should have been passed a long time ago,” Cardin said.

The End Racial and Religious Profiling Act is co-sponsored in the House by Rep. Elijah Cummings, D-Md., who has been singled out for criticism by the president in tweets and comments aimed at him and Maryland’s 7th District, which includes Baltimore.

Hillary Shelton, director of the NAACP Washington bureau, said the president’s decision to blast Baltimore and Cummings doesn’t help with efforts to tamp down racial tensions and deal with issues related to racial profiling.

“He seems to see something, but he’s not responding to it in a way that corrects the problem,” Shelton said, adding that the president’s singling out of urban areas is “sad,” because crime isn’t confined to major cities.

Cardin, who’s worked for years to get similar legislation approved, vividly recalled his conversations about racial profiling with African American families in the wake of the death of Freddie Gray in 2015, who died after being taken into police custody.

“It was chilling to me, having grown up in Baltimore, never having had that conversation with my parents or my children,” Cardin said at a news conference on Capitol Hill.

Those who spoke on a panel organized by Cardin’s office said despite numerous studies and reports on racial profiling, law enforcement officers continue to single out people of color.

Shelton said that when the problem of racial bias was looked at in Montgomery County, NAACP representatives thought it would primarily involve African Americans. But other ethnic groups, he said, have been singled out — such as when several people of Asian descent were in a vehicle and it was assumed that they might be in a gang.

Monica Gray, CEO of the YWCA National Capital Area, said women — and even young girls — can be victims of racial profiling.

She recounted a personal experience with middle school girls she worked with on a humanitarian effort to get food to the homeless in D.C. All of them were wearing bright, pink shirts as they distributed food.

“Several police cars came speeding into the area where we were standing,” Gray said.

Police officers told her that they had received a call from someone in the area about the girls and what was believed to be “suspicious activity.” The officers quickly realized what was happening, and Gray said they apologized, noting they seemed a little embarrassed.

She said police also told her that the changing demographics in the District have made these type of calls more frequent. Gray said the issue of “implicit bias” — where people make an assumption about what is taking place — happens all the time to people of color.

Gray added that it was especially unfortunate in the case she witnessed, since the young girls were simply trying to do something nice for their community, only to find themselves surrounded by police cars. 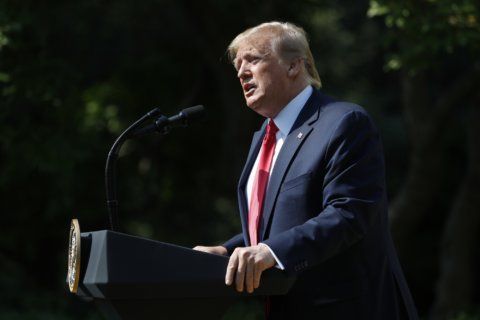