WASHINGTON — Millions of dollars are pouring into key congressional races in Maryland and Virginia ahead of June’s primaries.

In Northern Virginia, the heated 10th Congressional District race, is drawing much of the money. Rep. Barbara Comstock, who faces Republican challenger Shak Hill June 12, is a key target for Democrats. She raised more money than any other congressional candidate in the state in the first three months of the year: $875,488.

Five of the six Democratic candidates lined up for the chance to take on Comstock in November have well over six figures in hand with two months to go until the primary. The five, Alison Friedman, state Sen. Jennifer Wexton, Dan Helmer, Lindsey Davis Stover, and Paul Pelletier even have more cash on hand than some incumbents in other districts across the state.

In the most high profile intraparty race set to be decided by a gathering of party faithful in May rather than June’s open primary, there has been less of a focus on money. The Republican candidates in the 6th Congressional District each report less than $60,000 cash on hand as of the end of March.

None of the totals include any fundraising by political action committees, even those that have largely backed specific individual candidates.

In Maryland, the open 6th Congressional District is drawing the most attention, after Democratic Rep. John Delaney’s decision not to run for another term.

Among the many active Democrats ahead of the June 26 primary, David Trone gave his campaign another $3 million in late February and early March, leaving his campaign with $1,546,020 on hand even after a series of television commercials. Del. Aruna Miller has $941,481 on hand, with more raised this year from individual donors than her opponents.

On the Republican side, Amie Hoeber raised $127,044 in the first three months of the year in her second run at the 6th District seat.

There are a total of four Republicans and eight Democrats running in the Sixth District, who will face a Libertarian and likely a Green Party candidate in November.

In Maryland, each party has a primary. In Virginia, only Republicans have a U.S. Senate primary.

On top of the federal offices, Maryland has extremely crowded fields for a number of local county offices and in the Democratic race for governor.

In Virginia, the June primary includes Democratic races for Alexandria City Council and mayor and Arlington County Board.

In D.C., voters cast ballots June 19 in a primary and on an initiative to raise the minimum wage for tipped workers. 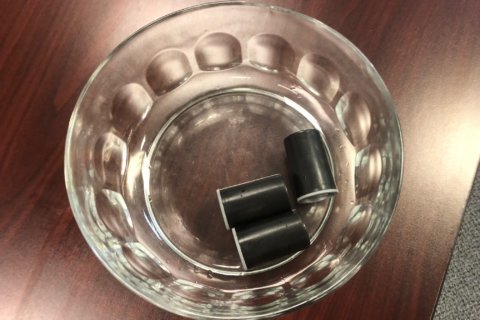