This year's Christmas ornament from the White House Historical Association honors the tradition of displaying a gingerbread model of the executive mansion as part of the holiday decorations at 1600 Pennsylvania Ave.
Listen now to WTOP News WTOP.com | Alexa | Google Home | WTOP App | 103.5 FM
(1/4) 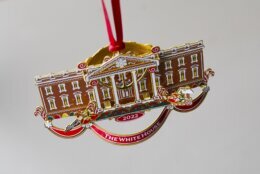 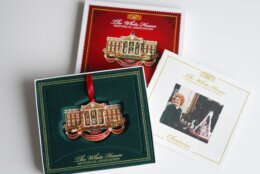 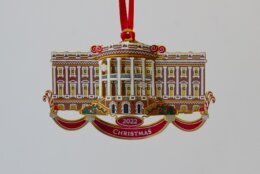 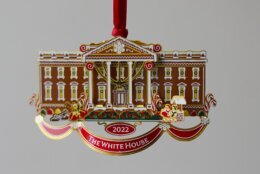 WASHINGTON (AP) — This year’s Christmas ornament from the White House Historical Association honors the tradition of displaying a gingerbread model of the executive mansion as part of the holiday decorations at 1600 Pennsylvania Ave.

The 2022 ornament — a gingerbread house shaped like the mansion — honors President Richard Nixon’s administration. It was first lady Patricia Nixon who first put a gingerbread house on display in the State Dining Room for the holidays. That was long before the talented White House pastry chefs began making hundred-pound replicas of the executive mansion.

Now, holiday time at the White House would feel incomplete without one.

“Initially these were A-frame houses, but now they are actual White Houses, gingerbread houses built in the shape of the White House,” Stewart McLaurin, president of the association, told The Associated Press in an interview. The privately funded association began selling the popular annual White House Christmas ornament in 1981.

The 2022 ornament shows the north and south fronts of a gingerbread White House that is decorated with white piping, red-and-white candies, gumdrops and candy canes. Each ornament comes with a booklet on the history of that particular presidency, and this year’s is gingerbread-scented.

The gingerbread White House currently on display for thousands of tourists and guests attending holiday receptions weighs 300 pounds and includes a sugar cookie replica of Philadelphia’s Independence Hall, in keeping with first lady Jill Biden’s theme of “We the People.”

But it all started in 1969 with Mrs. Nixon and a pastry chef who was German. An A-frame gingerbread house was customary in Germany and one became a fixture for the holidays at the White House.

“Chef (Hans) Raffert’s Gingerbread Houses were a precious A-framed house that in later years began to add some special touches to reflect the current first family,” such as jelly beans, representing President Ronald Reagan’s favorite candy, or replicas of the family’s pets, wrote Jennifer Pickens, author of a book about Christmas at the White House.

“They became so popular that during White House tours it actually became necessary to post a Marine guard beside them to stop the quick hand (or teeth) of a child from grabbing a piece,” Pickens wrote.

The gingerbread White Houses are not edible.

Every year since 1981, when first lady Nancy Reagan gave approval, the historical association has designed an ornament honoring a president or a key White House anniversary.

The association is working its way through all 46 presidents. The 2023 ornament will honor President Gerald Ford. McLaurin said he already has approved the design, which will be revealed on Presidents Day in February.

Ornament sales are a big source of revenue for the nonprofit, nonpartisan historical association, which was created in 1961 by first lady Jacqueline Kennedy to help pay for White House restoration and acquisition projects. 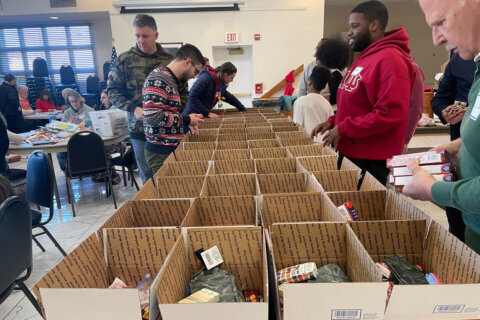 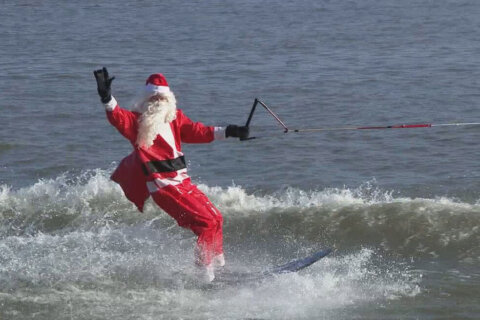 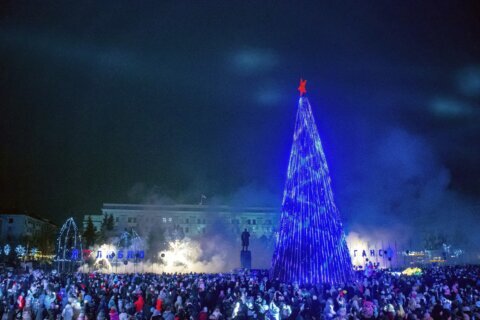