In a lead up to the holiday season, on Saturday the National Park Service in D.C. planted a new 27-foot National Christmas Tree on the Ellipse in President's Park.
Listen now to WTOP News WTOP.com | Alexa | Google Home | WTOP App | 103.5 FM

In a lead up to the holiday season, on Saturday the National Park Service (NPS) in D.C. planted a new 27-foot National Christmas Tree on the Ellipse in President’s Park.

After a national call-out to growers earlier this year, a 27-foot white fir (Abies Concolor) was selected from the Hill View Christmas Tree Farm near Middleburg, Pennsylvania. This is the first time a white fir has been chosen.

According to NPS, white fir was selected because it is “more resilient to needle cast disease, a fungal disease that affects spruce trees and causes their needles to turn brown and fall off.”

The previous National Christmas Tree, a Colorado blue spruce, fell victim to needle cast disease in 2020 — only a year after its installation.

This isn’t the first time a White House tree was selected from Hill View Tree Farm, owned by the Boxersox family. Ben Boxersox, son of owner Darryl, said the farm had donated a Christmas Tree for the White House Blue Room that had been accepted by then First Lady Laura Bush.

“It’s really exciting because I never got to witness it in 2001, because I wasn’t alive yet. So I get to feel what it’s like,” Ben Boxersox told ABC WNEP 16 in Snyder County, Pennsylvania.

NPS said that moving a tree of that size always runs the risk of transplant shock, but they say October is usually an optimal time for replanting and a team of horticulturalists will keep a “close eye” on how well the white fir adapts to its new home.

The National Christmas Tree is a tradition that goes back to 1923, when then First Lady Grace Coolidge allowed the District’s public schools to plant a Christmas tree on the White House’s southern ellipse.

The location of the tree around the White House varied for decades until 1973, when the National Park Service decided the honored evergreen should have a permanent home at President’s Park, a national park that can be visited year round.

In December, the Boxersox family of Hill View Farm will join President Biden at the White House as he hosts the annual National Christmas Tree Lighting Ceremony, which will feature live performances and other holiday festivities. 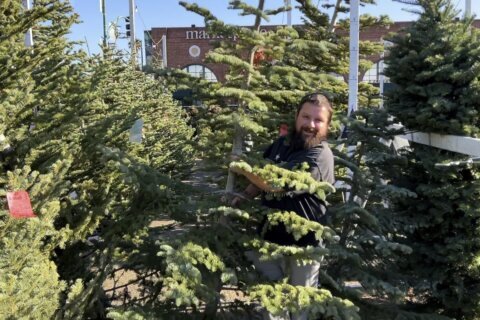 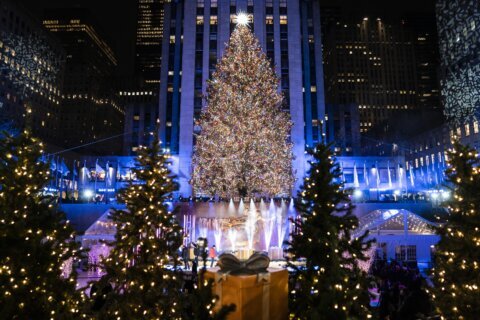 Rockin’ around the Christmas tree: Rockefeller tree lit up