“You have to understand how important that is, because the federal government owns or leases one-third of all office space in downtown D.C.,” said George Washington University School of Business professor James Bailey.

On average, only about one in three federal government agencies is back in the office, but it varies widely from agency to agency.

“Some agencies have 50% back. Some only have 10% back. Some have set no policy whatsoever. I’ve talked to people who say when they go in, within their office space there are maybe two other people there,” Bailey said.

By his estimate, downtown D.C. is missing almost 200,000 daytime office workers currently. That is a lot of people not grabbing lunch, picking up dry cleaning or meeting coworkers for after work drinks.

D.C.’s daytime economy is more reliant on just one employer – the federal government in D.C.’s case – than any other large metro.

Bailey also said the lack of that many workers downtown also has a cultural effect, not just for museums, theaters and galleries, but for the vibe that downtown D.C., and any thriving downtown area has.

It is also not good for the District’s sales tax revenue.

At Mayor Muriel Bowser’s swearing in in early January, she called on the federal government to get federal agency workers back to the office, or to consider allowing developers to convert some of its underused office space to residential use and bring more people to live, not just work downtown.

“She’s doing the right thing. She’s trying to put ‘moral-suasion’ on the government. That this is hurting the downtown, and that this is affecting a city, and a city we’ve worked 50 years to improve,” Bailey said.

There are at least 13 office buildings that are planned for office to residential conversion in D.C. this year, according to commercial real estate services company JLL. That is roughly 2.9 million square feet that would be taken out of the aging office inventory.

District-wide, office building vacancy is now 18.9%, the highest in at least 40 years. Among Class B and Class C buildings, those prime for residential conversion, the vacancy rate is 37% vacant.

The Hill recently published an op-ed written by Bailey on the subject of the need to return workers to downtown D.C. 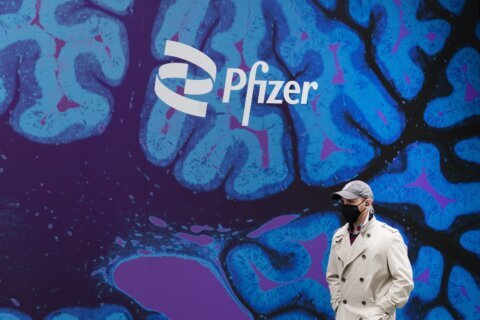