What Trump promised, Biden seeks to deliver in his own way

WASHINGTON (AP) — Donald Trump pledged to fix U.S. infrastructure as president. He vowed to take on China and bulk up American manufacturing. He said he would reduce the budget deficit and make the wealthy pay their fair share of taxes.

Yet after two years as president, it’s Joe Biden who is acting on those promises. He jokes that he’s created an “infrastructure decade” after Trump merely managed a near parody of “infrastructure weeks.” His legislative victories are not winning him votes from Trump loyalists or boosting his overall approval ratings. But they reflect a major pivot in how the government interacts with the economy at a time when many Americans fear a recession and broader national decline.

Gone are blanket tax cuts. No more unfettered faith in free trade with non-democracies. The Biden White House has committed more than $1.7 trillion to the belief that a mix of government aid, focused policies and bureaucratic expertise can deliver long-term growth that lifts up the middle class. This reverses the past administration’s view that cutting regulations and taxes boosted investments by businesses that flowed downward to workers.

With new laws in place, Biden is taking the gamble that the federal bureaucracy can successfully implement and deliver on his promises, including after he leaves office.

That is a tricky spot, as Trump himself learned that global crises such as a pandemic can quickly ruin the foundations of an economic agenda, causing businesses and voters to shift priorities. There are few guarantees that the economy behaves over 10 years as government forecasts expect, while Biden’s policies will likely be challenged by the new Republican majority in the House.

Biden and his team say Americans are already seeing the upside with announcements for new computer chip plants and some 6,000 infrastructure projects under way.

“There’s an industrial strategy that actually uses public investments to drive more private capital and more innovation in the historical tradition of everybody from Alexander Hamilton to Abraham Lincoln to John F. Kennedy,” said Brian Deese, director of the White House National Economic Council. “The outcomes speak for themselves.”

Trump’s supporters see little overlap with Biden, even though the funding for infrastructure, computer chip production and scientific research was passed along bipartisan lines.

“The Biden administration agenda is 180 degrees different,” said James Carter, a policy director at the America First Policy Institute. “More regulation, higher taxes, no border control and a war on fossil fuels. It’s two different administrations with two different approaches. One is free market, the other is big government.”

The current and former president seem almost bound together in the public arena. On the August eve of Biden signing into law $280 billion for semiconductors and research, FBI agents raided Trump’s home to retrieve classified documents, overshadowing the White House event. Similarly, Biden called out Trump as a threat to democracy ahead of November midterm elections, while Republicans campaigned by hammering the president for troubling levels of inflation.

Biden aides are quick to say that the president is fulfilling his own campaign promises, rather than honoring pledges made by Trump. But one of Biden’s first moves as president in 2021 was to provide $1,400 in direct payments to Americans as part of his coronavirus relief package. Along with the $600 in payments in a pre-Biden relief package, the sum matched the $2,000 that Trump called for in the twilight of his presidency, though he could not get it through Congress.

“I would want to avoid the premise that somehow what Joe Biden has done was take Donald Trump’s ideas and enact them into law,” Deese said. “What President Biden has done is taken the campaign agenda that he campaigned on and actually delivered on it.”

For all of that, Americans are giving Biden low marks on the economy. Inflation has come down from a 40-year peak this summer, but consumer prices are still 7.1% higher from a year ago. The Federal Reserve is raising its benchmark interest rate to lower inflation, something that its own projections show will cause unemployment to rise in the next year.

Three in four Americans describe the economy as poor, with nearly the same percentage saying the U.S. is on the wrong track, according to a new poll by The Associated Press and NORC Center for Public Affairs Research.

Biden is asking for patience.

“I know it’s been a rough few years for hardworking Americans and for small businesses as well,” Biden said in Tuesday remarks about inflation. “But there are bright spots all across America where we’re beginning to see the impact of our economic strategy, and we’re just getting started.”

Trump supporters blame Biden’s separate $1.9 trillion in coronavirus relief for sparking the inflation, although it contained roughly $400 billion worth of the direct payments that former president said Americans should receive. They argue that the U.S. economy would be stronger if Biden took steps such as allowing all businesses to fully expense their investments in new equipment, instead of providing targeted support to the technology and clean energy sectors.

But even excluding the recession induced by the pandemic, Trump’s economic record was far from sterling as the promised growth never materialized. Manufacturers began to slash jobs in 2019 before the coronavirus spread, instead of the steady resurgence promised by Trump. Annual budget deficits worsened under Trump, but they have improved under Biden as pandemic aid has wound down.

Biden is telling Americans that his policies will strengthen the U.S. economy over the next decade. His $52 billion for computer chip production has led to a series of factory groundbreakings in Arizona, Idaho, New York, North Carolina, Ohio and Texas that will take years to complete. The idea is that government aid reduces risk and makes it easier for these companies to invest in areas where global demand exceed available supplies.

Chris Miller, a Tufts University professor and author of the book “Chip War,” said the incentives are only a fraction of the cost of building the plants. Miller said the benefits of the investments will spill over to the companies that sell raw materials to chipmakers as well as possibly for the makers of autos, electronics and household appliances that increasingly rely on chips.

“The chips funding makes clear that there will be meaningfully more fab construction and chip output in the U.S.,” he said, “so for suppliers to the chip industry, they have more clarity that demand for their products will be larger than it otherwise would have been, incentivizing them to invest too.”

For all the economic concerns, manufacturing has improved under Biden as factory employment totals 12.9 million jobs, the most since December 2008. Just as Biden has boosted domestic investment, he also expanded the Trump administration’s efforts to compete with China and kept his predecessor’s tariffs.

Kurt Campbell, Biden’s “Asian tsar” on the White House National Security Council, said that many of the initiatives pursued by Trump’s State Department on China have been “followed on” during Biden’s presidency, saying at an April panel that “in many respects, that’s the highest tribute” to the previous administration.

But Steve Yates, a senior fellow at the America First Policy Institute and former president of Radio Free Asia, said that Biden has not shown that he’s placed the same emphasis on China as Trump.

Yates cited as evidence that Biden’s national security strategy identifies the U.S. as having a shared interest with China in addressing climate change. He said that China will exploit that priority to their advantage as Biden’s willingness to cooperate on climate change will prevent him from confronting Beijing as Trump did.

“We just have a weakened hand,” Yates said. 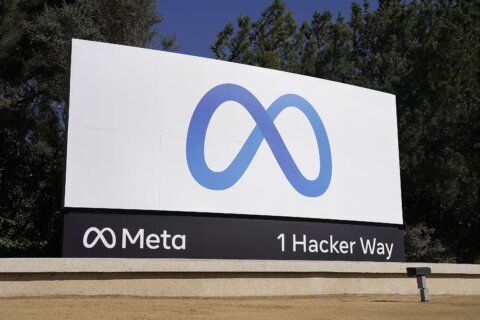