Holidays: 'Enchant' shines with millions of lights in Nats Park | Where to see holiday lights | Send in photos of decorations | How to give greener this season
Home » Business & Finance » Bethesda estate of late… 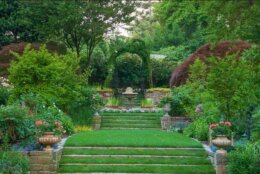 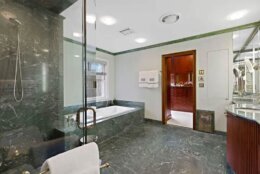 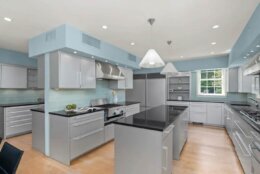 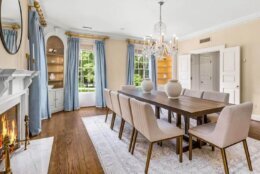 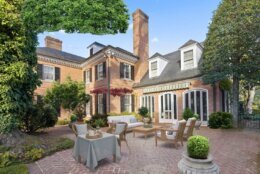 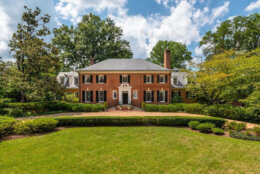 The 1.7 acre, 12,000-square-foot estate built as a family home by the late developer Albert H. Small is listed for sale for the first time since it was built.

The English-style mansion at 7116 Glenbrook Road was completed in 1966. It is listed by Christie-Anne Weiss and Christopher Ritzert of Ritzert Weiss Partners at TTR Sotheby’s International for $10.95 million.

Small, who died last October at age 95, cofounded Southern Engineering Corporation in 1950, and led development of millions of square feet of office space, apartments communities and single-family houses across the D.C. region.

He was also an avid collector of rare books, a collection of which, including more than 2,000 prints, maps, manuscripts and books, was donated to George Washington University, where he studied law.

Called Glenbrook Road Estate, the estate is in Bethesda’s Edgemoor neighborhood. The grounds include a swimming pool and tennis court, a motor court with parking for 15 vehicles and four garage parking spaces.

Why 2022 is the year of the espresso martini

Forget smartwatches, consumers are snapping up these quirky alternatives

Holiday gift giving is rife with waste: Here’s how to give greener, according to experts