While most professionals in their 50s and 60s may not consider themselves out-to-pasture age, AARP says many re-entering the job market or looking to advance are facing record-high age discrimination.
Listen now to WTOP News WTOP.com | Alexa | Google Home | WTOP App | 103.5 FM

The Great Resignation is also becoming the Great Reshuffle, with many older Americans who may have retired earlier than planned because of the pandemic re-entering the workforce, or older retirees realizing their skills are in demand because of the talent shortage.

Decades of experience now trump a diploma, according to a survey by AARP.

But there is a red flag in the Great Reshuffle. While most professionals in their 50s and 60s may not consider themselves out-to-pasture age, AARP says many re-entering the job market or looking to advance are facing record-high age discrimination.

“Seventy-eight percent said that they had seen or experienced age discrimination in the workforce. That is the highest number we have ever seen, so it is really disturbing,” Weinstock said.

“They ask your age. Or they don’t even pick you up for an interview because they can see from your resume that you are an older worker from your graduation dates or work experience,” Weinstock said.

And some older job seekers are finding themselves being labeled with an unexpected, and misguided, mark against them: being told they are “overqualified.”

“We encourage workers to push back a little bit on that if they say that in an interview. Say I bring soft skills to the workplace that are very important, and would be beneficial to you, the employer. They shouldn’t be worried about being overqualified,” she said.

According to the U.S. Bureau of Labor Statistics, the percentage of jobseekers 55 and older who were long-term unemployed for six months or more increased to 42.8% in December.

AARP has several resources for older job seekers, including free resume help and a free jobs board where job seekers can filter through more than 1,200 companies that have committed to hiring older workers. It is also offering for free the Microsoft Office Suite, including Word, PowerPoint and Excel, available through its Skills Builder for Work. 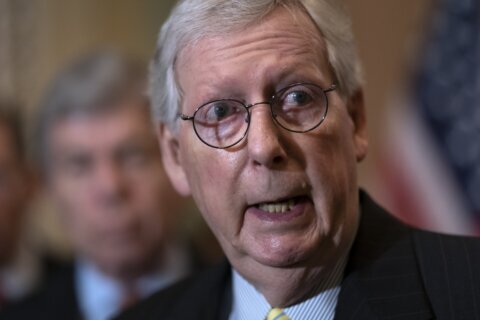