Stocks fell sharply Friday, with the Dow Jones Industrial Average down more than 1,000 points, as a new coronavirus variant from South Africa appeared to be spreading across the globe. It added to investor uncertainty about potentially reversing months of progress at getting the COVID-19 pandemic under control.
Listen now to WTOP News WTOP.com | Alexa | Google Home | WTOP App | 103.5 FM

NEW YORK (AP) — Stocks sank Friday, with the Dow Jones Industrial Average briefly falling more than 1,000 points, as a new coronavirus variant first detected in South Africa appeared to be spreading across the globe. Investors were uncertain whether the variant could potentially reverse months of progress at getting the COVID-19 pandemic under control.

The index was dragged lower by everything from banks, travel companies and energy companies as investors tried to reposition to protect themselves financially from the new variant. The World Health Organization called the variant “highly transmissible.”

The price of oil fell about 13%, the biggest decline since early in the pandemic, amid worries of another slowdown in the global economy. That in turn dragged down energy stocks. Exxon shares fell 3.5% while Chevron fell 2.3%.

“Investors are likely to shoot first and ask questions later until more is known,” Jeffrey Halley of Oanda said in a report. That was evident from the action in the bond market, where the yield on the 10-year Treasury note fell to 1.48% from 1.64% on Wednesday. As a result, banks took some of the heaviest losses. JPMorgan Chase dropped 3%.

There have been other variants of the coronavirus — the delta variant devastated much of the U.S. throughout the summer — and investors, public officials and the general public are jittery about any new variant that’s spreading. It’s been nearly two years since COVID-19 emerged, killing more than 5 million people around the globe so far.

Cases of the new variant were found in Hong Kong, Belgium and Tel Aviv as well as major South African cities like Johannesburg.

The economic impacts of this variant were already being felt. The European Union and the U.K. both announced travel restrictions from southern Africa on Friday. After the market closed, the U.S. also put travel restrictions on those coming from South Africa as well as seven other African nations.

“COVID had seemingly been put in the rear-view mirror by financial markets until recently,” Douglas Porter, chief economist at BMO Capital Markets. “At the least, (the virus) is likely to continue throwing sand in the gears of the global economy in 2022, restraining the recovery (and) keeping kinks in the supply chain.”

Even Bitcoin got caught up in the selling. The digital currency dropped 8.4% to $54,179, according to CoinDesk.

In Nantucket, Massachusetts, where he is spending a holiday weekend, President Joe Biden said he wasn’t concerned about the market’s decline.

“They always do when there’s something on COVID (that) arises,’’ Biden said.

One sign of Wall Street’s anxiety was the VIX, the market’s measurement of volatility that is sometimes referred to as its “fear gauge.” The VIX jumped 53.6% to a reading of 28.54, its highest reading since January before the vaccines began to be widely distributed.

Fearful of more lockdowns and travel bans, investors moved money into companies that largely benefited from previous waves, like Zoom Communications for meetings or Peloton for at-home exercise equipment. Shares in both companies rose nearly 6%.

The coronavirus vaccine manufacturers were among the biggest beneficiaries of the emergence of this new variant and the subsequent investor reaction. Pfizer shares rose more than 6% while Moderna shares jumped more than 20%.

Merck shares fell 3.8%, however. While U.S. health officials said Merck’s experimental treatment of COVID-19 was effective, data showed the pill was not as effective at keeping patients out of the hospital as originally thought.

Investors are worried that the supply chain issues that have impacted global markets for months will worsen. Ports and freight yards are vulnerable and could be shut by new, localized outbreaks.

“Supply chains are already stretched,’’ said Neil Shearing, an economist with Capital Economics in London. “A new, more dangerous, virus wave could cause some workers to temporarily exit the workforce, and deter others from returning, making current labor shortages worse.’’

Stock trading the Friday after Thanksgiving is typically the slowest day of the year, with the market closing at 1 p.m. Eastern. However volume on Friday was much higher than it would typically be for a holiday-shortened day. Roughly 3.4 billion shares exchanged hands on the New York Stock Exchange, which is only modestly below the 4 billion shares traded on an average day. 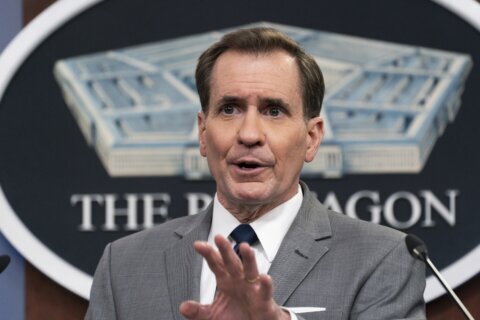 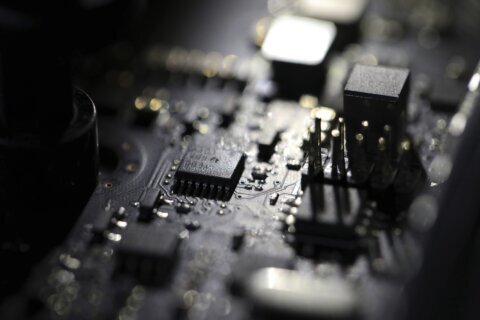 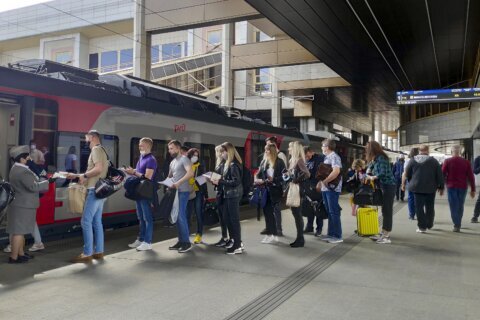