The Alexandria City Council has approved long-standing plans by developer Foulger-Pratt to transform the former Landmark Mall site into a mixed-use, walkable urban village that will be anchored by a new state-of-the-art Inova Alexandria Hospital.

The 4-million-square-foot redevelopment could begin construction as early as 2023, with the first buildings opening by 2025.

The project as currently approved will include the hospital, medical office buildings for about 50 physician practices, 2,500 apartments and condos, office space, retail and entertainment. It will also include outdoor parks, a fire station replacement and a transit hub for Alexandria’s DASH rapid transit network and Metrobus.

“Tonight’s approvals represent a critical milestone in the transformation of Alexandria’s West End,” said Cameron Pratt, CEO of Foulger-Pratt, which has partnered with mall owners Howard Hughes Corporation and Seritage Growth Properties for the redevelopment.

The new Inova Alexandria Hospital will be one of only four Level II trauma centers in Northern Virginia.

Alexandria has also rezoned the current Inova Alexandria Hospital site on Seminary Road to permit residential uses, which will make the site attractive to future developers.

Robinhood shares fly again, soaring as much as 80% 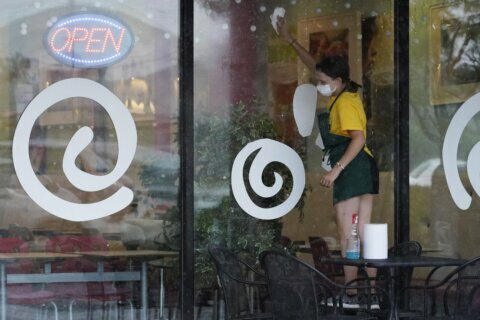 Growth in US services sector hits record high in July