The number of home sales in the D.C. metro area continues to significantly outpace last year’s levels, with 5,047 homes sold this January, according to data by Long & Foster Real Estate.

Fairfax County in Virginia accounted for one in five of January’s sales, followed by Montgomery and Prince George’s counties in Maryland.

Prices also continue to rise, even though the number of homes arriving on the market listed for sale in some D.C. neighborhoods rose significantly.

Year-over-year changes in new listings and existing inventory in the D.C. suburbs were more mixed.

In the District itself, sales were up 6% year-over-year, and the median price of what sold in D.C. proper last month was $600,000 — up 9%. Adams Morgan and Capitol Hill in Northeast had the most sales by neighborhood, although prices in those neighborhoods were little changed from a year ago.

Logan Circle and Dupont Circle had a significant increase in listings for sale, up 129% from last January. Listings on the market in Southwest and Waterfront were up 65% from a year ago.

In Virginia’s Alexandria City, Fairfax County, Prince William County and Loudoun County, the number of sales was up close to 30% or slightly more.

Prince William County saw the biggest jump in median selling prices, up 12% from a year ago, with a median price of $410,000.

Below are market snapshots for D.C., Northern Virginia and the Maryland suburbs in January, courtesy of Long & Foster Real Estate. 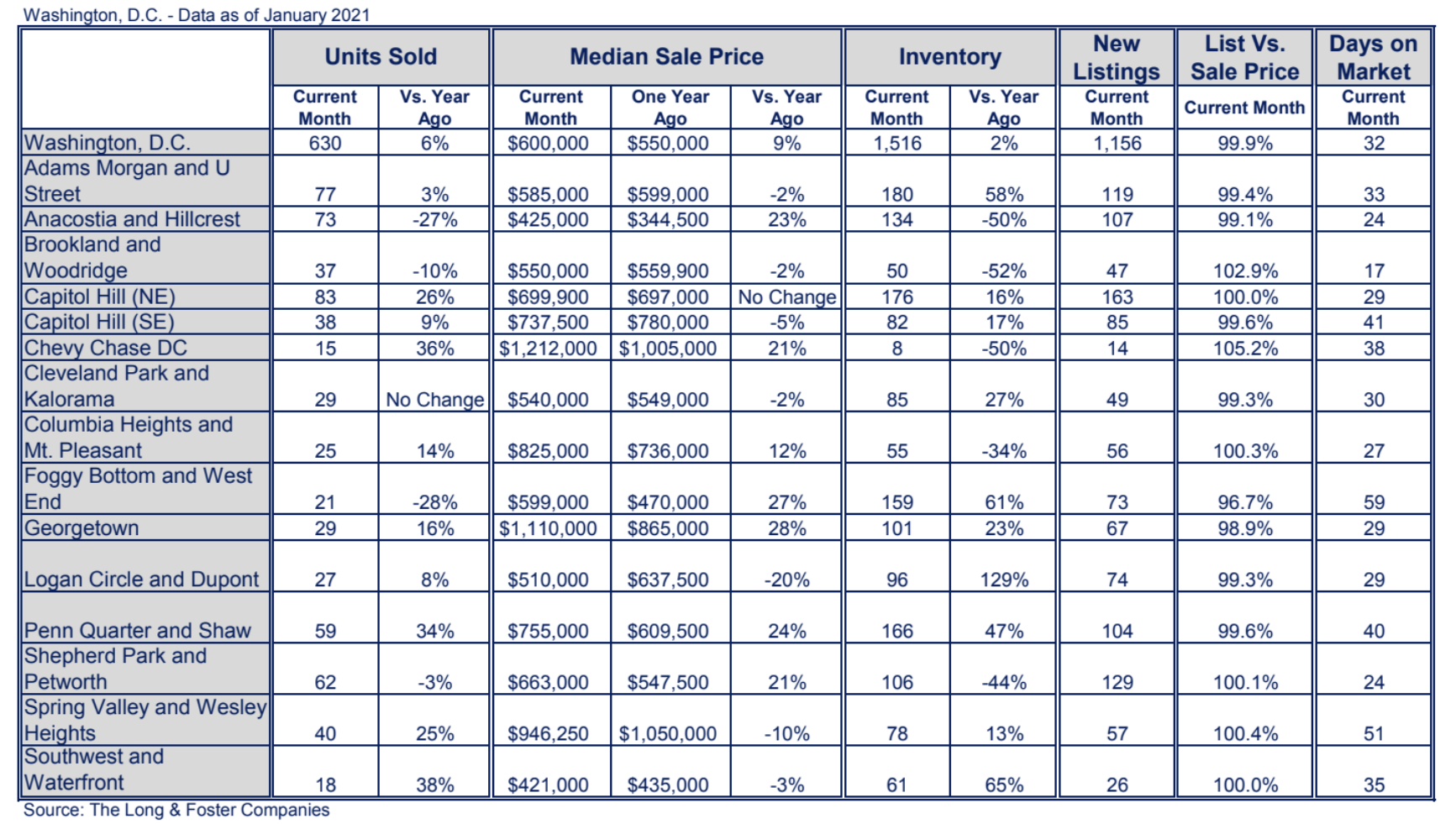