Jobless claims down in Maryland, up in DC and Virginia

After a spike in new unemployment claims in Maryland earlier this month, initial claims fell last week. New claims were up in both D.C. and Virginia.

Even so, nearly 31,000 Maryland residents filed first time claims for unemployment benefits during the week ending Jan. 23. New claims in the District totaled almost 2,200 and nearly 22,000 in Virginia.

Nationwide, initial jobless claims continued to ease, with 847,000 new filings, 67.000 fewer than the previous week. The number of Americans continuing to get standard unemployment benefits fell below 5 million for the first time since the pandemic began, totaling 4.77 million last week, down 203,000 from the previous week.

Initial claims for unemployment benefits, unadjusted, for D.C., Maryland and Virginia during the week ending Jan. 23: 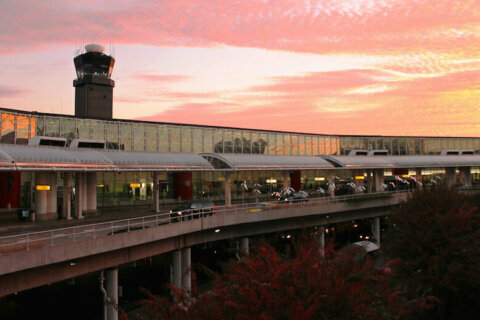