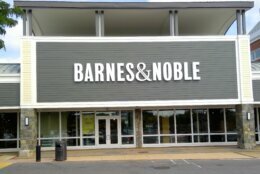 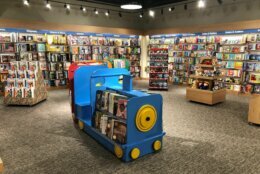 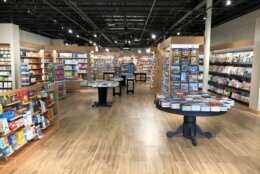 The store is less than a mile from its current Rockville location at Montrose Crossing, which remains open through the end of the day Tuesday.

The Congressional Plaza Barnes & Noble includes a B&N Cafe with food and drinks, including Nitro coffee. There are also “book rooms” based on genre, which the company says make browsing more intuitive, and a children’s section arranged by reading age.

In these COVID-19 times, browsing books can be a potential point of virus spreading, so the store has designated spaces marked for customers to deposit any books they have browsed but not purchased. Those books are taken out of circulation for sanitizing.

Barnes & Noble has about a dozen stores in the Washington area currently, though three of its former stores in the District are marked as permanently closed.