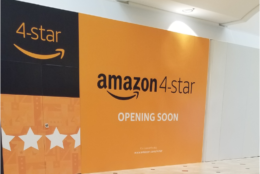 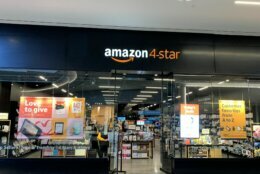 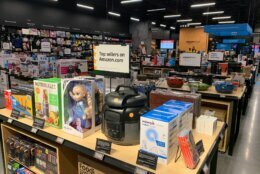 Amazon will open its first 4-Star store in the Washington area at Westfield Montgomery Mall in Bethesda, Maryland.

It will replace the former Furniture Place on the mall’s lower level in the Nordstrom corridor, which closed recently.

Amazon’s 4-Star stores sell Amazon devices, like Fire and Kindle, books and featured merchandise that is highly rated on its website — thus, the 4-Star name.

Amazon has not announced an opening date for the Montgomery Mall store.

“We’re excited to be bringing Amazon 4-Star to Bethesda, and we’re currently hiring. Stay tuned for additional details down the road,” an Amazon spokesman said in an emailed statement to WTOP.

Amazon currently has two bookstores in the D.C. market. The first opened on M Street in Georgetown, and a second at Bethesda Row, both of which opened in 2018.

Amazon currently has 12 of its 4-Star stores open in other cities, with 10 others scheduled to open.

Montgomery Mall has been a revolving door of retailers in recent months.

A Lego store opens at the mall this summer. Chinese restaurant Peking Duck opens this fall.