Alexandria and Arlington County get all the attention when it comes to rising home values in the D.C. region, but Prince George’s County’s housing market is just as hot right now.
Listen now to WTOP News WTOP.com | Alexa | Google Home | WTOP App | 103.5 FM

Virginia’s Alexandria and Arlington County get all the attention when it comes to rising home values in the D.C. region, but in Maryland, the Prince George’s County housing market is just as hot right now.

The number of closed sales in the county in October was up 4.9% from a year ago, with a total of $290 million in sales.

Prince George’s County remains the most affordable housing market in the Washington region, but the median price of what sold last month was $315,000, up 12.5% from a year ago.

That’s an impressive year-over-year gain, but still only slightly more than half the nearly $600,000 median selling price in Alexandria, Virginia, in October. The median price of a sale in Arlington County in October was $580,000; in Montgomery County, Maryland, it was $439,400, according to monthly data from Long & Foster Real Estate.

For the sixth month in a row, Prince George’s County sellers received, on average, 100% of the original list price in October. 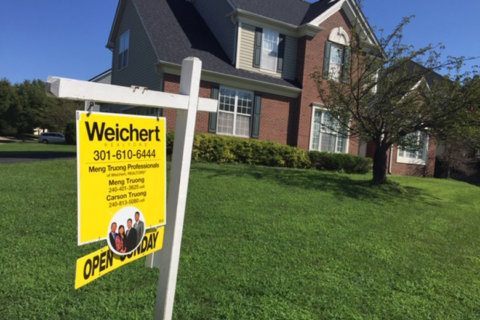 DC-area home prices rise the most in almost 6 years