Zaxby’s brings its wings and tenders to Chantilly 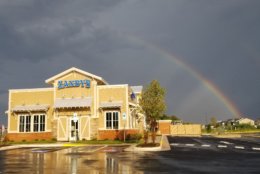 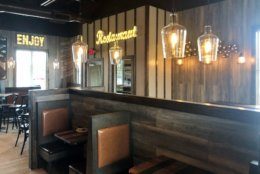 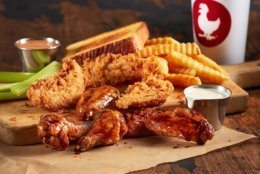 Zaxby’s, a popular fried chicken and wings chain in the South, is opening its first D.C.-area location in Chantilly, with plans for several more.

The Zaxby’s, at Shoppes at Eastgate Center, will open Sept. 16, complete with a ribbon cutting attended by members of the Loudoun County Department of Economic Development.

The 3,500-square-foot Zaxby’s will open next to the recently-opened Royal Farms convenience store at 43820 Eastgate Shoppes Drive.

While new to the D.C. area, Zaxby’s is not new to chicken. The Athens, Georgia-based chain was founded in 1990 and has more than 900 locations in 17 states.

The fast-casual restaurant’s made-to-order menu plays the Z in Zaxby’s heavily, with chicken fingerz, zalads and zappatizers. Its wings come with a choice of nine different sauces.

The new Chantilly location has created between 50 and 60 jobs, according to franchise licensees Duran and Felipa Lawson, who plan to open an additional five Zaxby’s locations in Loudoun County in the future, though locations and timing weren’t disclosed.

Check out the Zaxby’s menu ahead of the grand opening.

The Toronto Star to be sold, taken private