CORONAVIRUS UPDATES: What to know about J&J vaccine | Montgomery Co. approves summer camp rules | Get a ride to Annapolis vaccine site | Sign up for WTOP's pandemic newsletter
Home » Business & Finance » How old is what…

How old is what you’re driving? DC vehicles older than average

There is a good reason for cars, trucks and SUVs having longer lives: They are just built better than vehicles were many years ago. Vehicles are also spending more time with their original owners, largely because of options for auto loans that are six years or longer.
Listen now to WTOP News WTOP.com | Alexa | Google Home | WTOP App | 103.5 FM

The average age of a vehicle on the road in the U.S. is now a record 11.8 years, according to research from business information provider IHS Markit. The average vehicle age in D.C. is even older, at 13.2 years.

There is a good reason for cars, trucks and SUVs having longer lives: They are just built better than vehicles were many years ago.

“Obviously the vehicle is of better quality, with technology being added to that vehicle. They simply last longer in weather conditions and road conditions,” Mark Seng, with IHS Markit, told WTOP.

Vehicles are also spending more time with their original owners, largely because of options for auto loans that are six years or longer.

And a 40% drop in new vehicle sales due to the 2008-2009 recession also created an acceleration in average age, though IHS Markit says average age has now returned to its more traditional rate of increase.

The aging of America’s vehicles is great news for the auto repair industry.

“It simply means more parts and service repair opportunities for vehicles on the road,” Seng said.

“When you look these oldest vehicles, there will be almost 23 million vehicles that will be 25 years or older by 2023. That’s just a great trend for the independent aftermarket.”

And because of the stamina of aging cars, trucks and SUVs, it is now not uncommon for a vehicle to be a solid, dependable vehicle for a third, fourth or even fifth buyer. 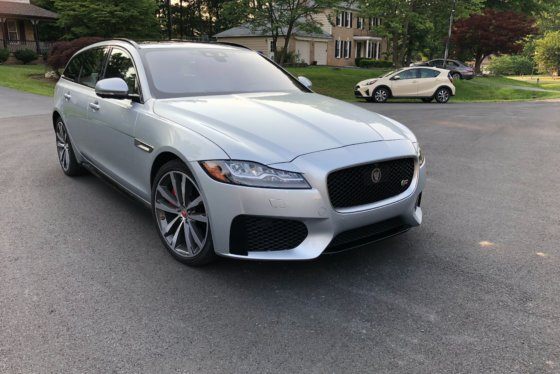 Car Review: The Jaguar XF Sportbrake is the antidote to the boring station wagon, but it will cost you

Want a car that you won’t see very often? Step up to the Jaguar XF Sportbrake.