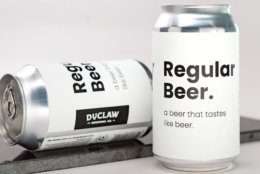 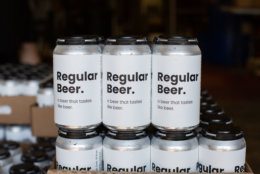 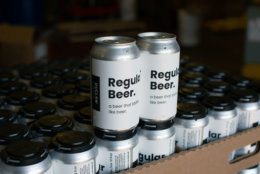 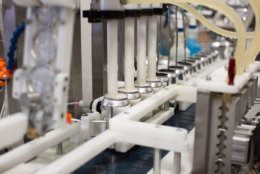 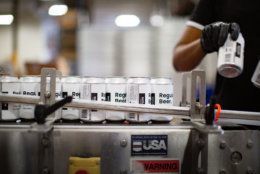 In a sea of seemingly infinite and often confusing craft brew styles, edgy names and wildly colorful labels, Baltimore’s DuClaw Brewing Co. has decided to go back to basics.

Its newest beer is simply called “Regular Beer,” and the can’s no-nonsense label tells you exactly what you’re going to get.

When Regular Beer debuts later this summer, it will likely be appealing to craft brew fans suffering from choice fatigue.

“Our sales guy Brook Simmons pitched this idea to just make a regular beer, a beer that tastes like beer. As the brewers, we went ahead and crafted a very good kind of lager recipe, and we were allowed to go forward with it and brewed it,” he said.

Stanko describes Regular Beer as crisp and clean lager that should be enjoyable year round.

He likes the simple Regular Beer can design. He also likes the more colorful, artistic ones DuClaw and other craft brewers are known for, as long as those labels don’t fail to do what they are ultimately supposed to do.

“What I get aggravated at is why the label doesn’t tell me what is the hops in this beer, what are the malts. Tell me a little bit more about this beer. Some labels just have artwork all over them, and I don’t know if I want to buy it,” Stanko said.

“The vast array of designs and colors on the shelves can be overwhelming,” said head designer Tyler McCoy. “We wanted to create something bold, utilitarian and in your face, something you know is beer.”

Regular Beer will be available throughout DuClaw’s distribution area in 18 states and D.C. later this summer.