The Yards lands Chemonics as 1st major tenant for Phase 2

Chemonics International, which oversees and manages projects in developing countries, will move its headquarters one the new office buildings planned for the second phase of The Yards community at Capitol Riverfront.

Chemonics International, which oversees and manages projects in developing countries, will move its headquarters — and hundreds of jobs — to one of several new office buildings planned for the second phase of The Yards community between Nationals Park and Navy Yard at Capitol Riverfront.

Developer Brookfield Properties said Chemonics signed a lease for 300,000 square feet, and will be the anchor tenant for what will be a collection of up to five new office buildings at The Yards.

Chemonics, which works primarily as a project manager for the U.S. Agency for International Development, will consolidate four Washington area locations into the new headquarters. The move will include relocating 500 Virginia-based jobs to the new D.C. headquarters.

The new headquarters will be at Brookfield’s planned 11-story Class-A building at 1275 New Jersey Ave. SE.

Chemonics will have a total of 1,200 employees consolidated at its new headquarters.

The 225-room Thompson Hotel D.C. is scheduled to open next year.

Its other projects include the big redevelopment of Ballston Mall to the new Ballston Quarter. 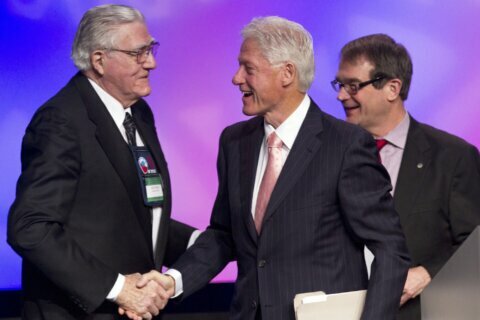