WASHINGTON — Fifteen-year-old Eric McKay likes peanut butter. Specifically Lidl’s peanut butter. And, as the result of a social media challenge, he ended up with a lot of it. Now he’s sharing it with shutdown-impacted feds.

McKay, who lives in Woodbridge, Virginia, and goes by the nickname “Bean,” has autism and he eats peanut butter sandwiches on toasted English muffins three times a day.

When Lidl had a sale on its store brand peanut butter last year (78 cents a jar), McKay’s mom Tracy stocked up on 72 jars of it.

After McKay finished all 72 jars, which he individually numbered and kept track of, he tweeted to Lidl in October with a picture of the empty jars. Lidl gave him another 72 jars and then upped the ante.

If he could get 72,000 retweets, Lidl would give him a lifetime supply of its peanut butter.

The tweet storm got a little boost from British author Neil Gaiman earlier this month.

BEAN HAS BEEN OFFERED A LIFETIME SUPPLY OF PEANUT BUTTER IF HE GETS 72,000 RTS TO HIS TWEET. He’s autistic, that’s what he eats. Let’s get him his PBJs. RT his original tweet.

(If you’re worried about his health or nutrition see posts from his mother on original thread.) https://t.co/G7U3Iey7hQ

Last week, McKay hit that goal (76,000 retweets at last count) and announced that he wanted to donate a portion of his winnings to workers affected by the federal government shutdown. His father is a furloughed federal worker.

On Jan. 21, McKay and his family got a tour of Lidl’s Fredericksburg warehouse and got a look at his down payment, a pallet of peanut butter deemed “a five-year supply.”

Any federal employee that is not being paid because of the government shutdown can stop by the Lidl store in Dumfries at 16601 Dumfries Road, from 4 p.m. to 7 p.m. Wednesday with his or her government ID and get up to three jars of McKay’s peanut butter for free. 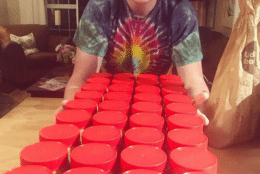 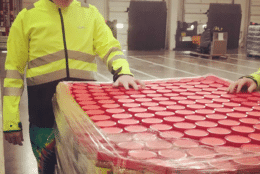 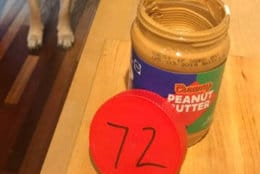 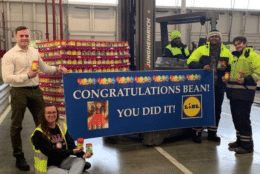