4 signs a company is a good employer for women

CBS’ former chief executive Les Moonves is out. Charged with sexual misconduct and a failure to cooperate with investigators, he has been terminated for cause and denied his $120 million severance.

Given the steady drumbeat of #MeToo stories over the past year, the news from CBS is depressingly familiar. So, it’s not surprising that a growing number of investors are interested in screening companies on their treatment of the women they employ.

But finding these companies is a challenge — not because they don’t exist, but because investors too often rely on inadequate metrics.

You can’t identify companies that are good employers for women simply by counting the number of women on a company’s board or in its C-suite.

Some studies find that when women hold positions of power, they foster positive working conditions — better pay, more promotions — for women lower in the company. But other equally rigorous studies find no evidence for this claim.

We reviewed hundreds of academic studies to identify the markers that distinguish the best employers for women. Here’s what we learned: To determine if a company is really a good employer for women, take a hard look at the representation, pay, health and satisfaction of the women who work there.

The four fundamentals aren’t difficult to measure. The problem is that very few companies share the information necessary to do so. But, if investors start asking for this information, that could change.

A company can’t be a good employer for women if it employs few or no women. It’s not that such a company is necessarily a bad place for women to work. But, at best, it’s a company with a limited record of hiring, retaining and promoting women. If you’re looking to invest in companies that are good for women, it makes sense to invest in companies that employ a large percentage of women.

It’s not enough, though, for a company to employ a large percentage of women if women work exclusively at the lowest levels of the company or in a few silos. When this is the case, as it often is, women are denied the influence, opportunities and resources available to employees in more prestigious and diverse roles in the company.

Among the S&P 500 companies, nearly 45% of employees are women. But, women represent just 37% of first and middle-level managers, 27% of executives and senior-level managers, and 5% of CEOs.

And though women hold 52% of management, professional and related jobs in the United States, that number masks considerable gender-based occupational segregation. Women represent 85% of meeting, convention and event planners and 72% of human resource managers, but just 19% of software developers and 9% of mechanical engineers. You can guess which roles come with more power, prestige and pay.

Women in the United States are poorer than men. Last year, 9.4% of men and 13% of women fell below the poverty level. And poverty takes a toll: It increases one’s likelihood of disease, reduces life expectancy, and increases one’s exposure to violence.

Still, a company can pay men and women equally for equal work but pay women — on average — a lot less than men. That happens when women are underrepresented at the top.

If you really want to understand how well a company pays women, look at the gender pay gap: the difference between a company’s average compensation for men and for women.

US employers aren’t required to report their gender pay gap publicly, and few do. But, the UK government requires employers with 250 employees or more to report these numbers.

Of the more than 10,000 UK employers that reported their gender pay gaps in 2018, a whopping 78% had a median gender pay gap favoring men. It’s safe to guess that the numbers in the United States would be similar.

We spend about a fifth of our waking lives at work. Those hours should be a source of satisfaction — not stress, boredom and frustration.

Studies show that when employees report their job satisfaction, they reflect on the aspects of the job that are most important to them — their work, boss, co-workers, stress, pay and more. This makes a company’s average job satisfaction — what some people call employee morale — a simple and valuable metric to assess, in broad terms, what it’s like to work at the company.

Research shows that women often report higher job satisfaction than men. So, look for companies with high levels of job satisfaction for women and for men, too. That metric tells you not only that the company is a good employer, but also that it is likely to have strong future stock returns. 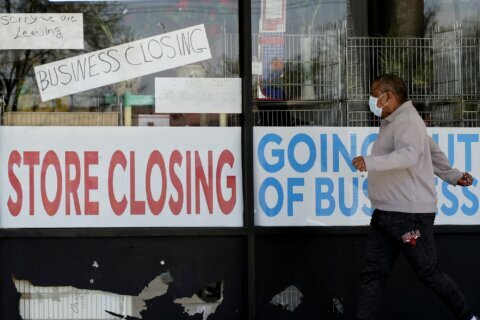 employers | women in the workplace